Puppy.  I know you thought I was going to say baby, but Bryan and Katie’s baby isn’t due until June. However, Daniel got an early birthday present. An 8 week old purebreed pitbull.

Daniel called and said that he wanted to show me something. I said ok, and that I was at 520. The basement had flooded at work after the city crew put a water meter in yesterday. Not sure what failed, but the basement was FULL of water. The city crew started pumping water, San Isabel turned off the electricity and then the city turned off the water and gas as soon as they could. Meanwhile, I realized I couldn’t do any work and took a day off using up some of my comp time. Wheeee….

So, Dan and I waited. Dan said that Daniel had a new dog. I said, nah, it couldn’t be. Twenty minutes later, Daniel got to the house. He walked in with his coat all curled up and all I could think was oh gods! What now? Dan gave me that “I told you so!” look. Daniel opened his coat and set this little wrinkley 8 week old puppy on the bed. I tried so hard not to think it was cute. Really. I did! sigh….. 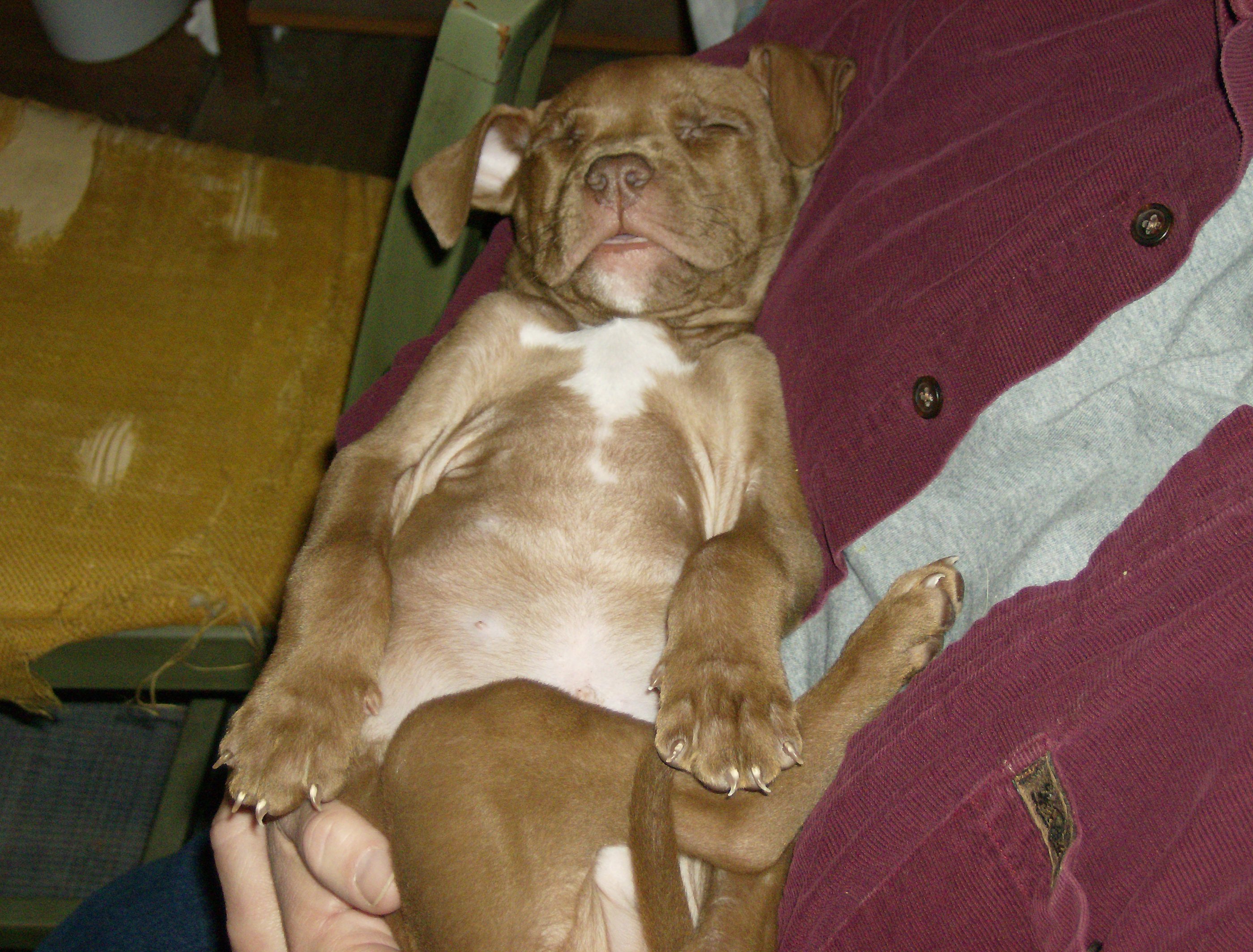 He doesn’t have a name yet. I’m lobbying for Buster. 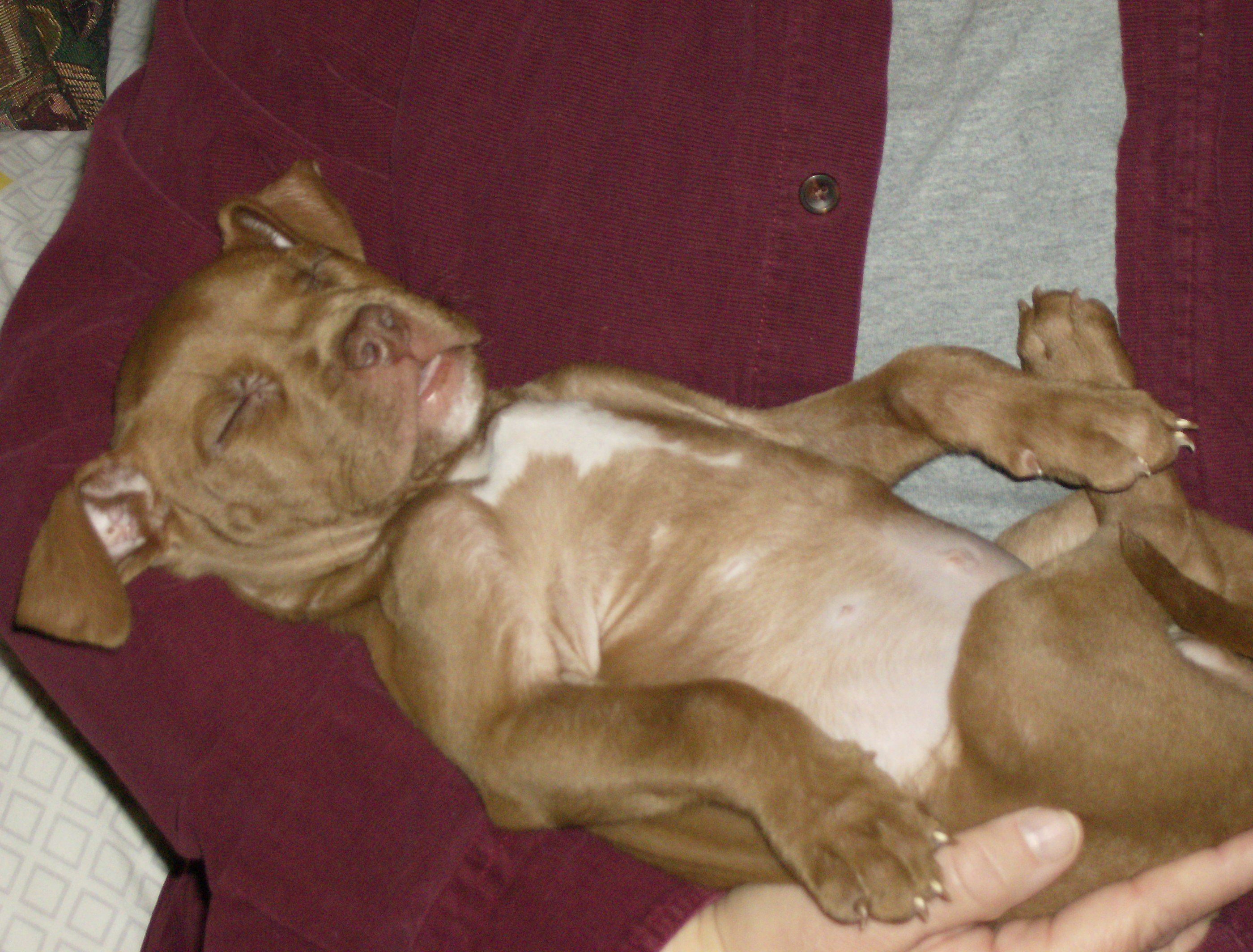 Of course the minute I picked him up, he went to sleep. Dan teasing me about Nana’s magic lap…

Daniel wanted to go get him a collar. He’d already had his shots and weighs a whole 5 pounds, 1 ounce. So, cradling my new grandpuppy, we headed off to Safeway. No luck. Dan suggested that we go to Petsmart in Pueblo. None of us had to be anywhere soon, so off we went.

Divot, my car decided to have lots of issues. It took us forever to get to Pueblo. We had lunch at Taco Bell, and then headed to Petsmart. We found a collar, toys, a book and a magazine on pit bulls for Daniel and a new water bowl for our two dogs. Blanca is constantly knocking the one we have over and I am tired of wet floors.

We then went to the Mall and Daniel bought Brianna a prezzie. A necklace and matching earrings. He even got a Wedgewood box to put them in. Very pretty! After that, we headed back to Taco Bell for dinner. Daniel’s request.

We drove home and then got to deal with jealous dogs when we got home. They could smell the puppy all over us, but couldn’t figure out where I had hidden it. LOL!