If I had waited just a bit, I could have written about yesterday. I woke up early thinking it was a little cold. Just a tad. Brandy was curled up deep in her blankets and when I looked outside it was snowing. Between the winds and the size of the flakes, it looked like I was in the middle of a snow globe. I went back to bed.

A few hours later, we all got up. I made breakfast and we ate it in the dining room. Out the windows, we were able to watch the wind slew the snow sideways, and the cars not cope well with the icy roads. Once breakfast was done, we moved into the guest house and fired up the wood stove. While the temperatures dropped to as low as 14, we were toasty warm. Morgan reigned from the bed while Dan used a tv tray. I had my desk, which faces the windows and let me watch the storm. That snow globe weather didn’t stop until nearly 6pm.

Rather than cook, we splurged. Yeah Taco Bell! 🙂 It’s funny when we go there, because one of the staff is a friend and she knows what I want before I speak most days. Okay, I’m not very adventurous, but at least it isn’t difficult to take the cheese out of what I want to eat. Dan and Morgan pigged out on chicken tenders while I had tacos. Then we came home, fed the wood stove and chatted, played on the computers until midnight and in general had a good time.

Today the sun is shining and the temps so far have hit 40F. That’s good, as we have to take Morgan back to college today. sigh… I’m just happy we had her for a week. She gets to take home transport this time. Her half brother Matt finished her bicycle at long last. Her commute has just dropped to 5 minutes. We head to La Junta later this afternoon. 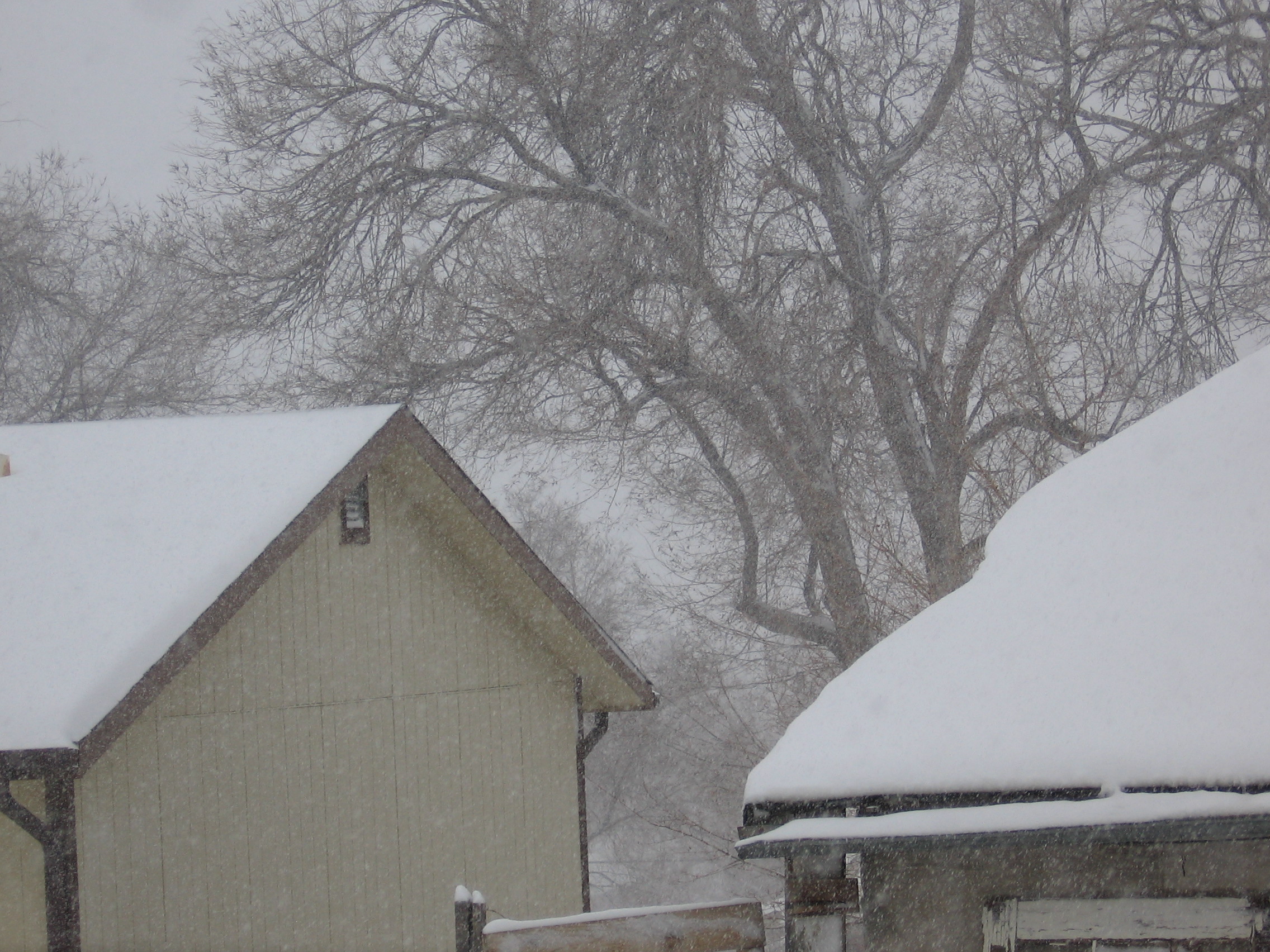