Work has been quiet, and as soon as I got done, Dan and I headed to 520 to pack up the light camel packs and grab the dogs for a walk. It has been unseasonably warm. I think the high was 64 today. Gads! So, we headed to the park. Lathrop State Park is only three miles outside of town.  Blanca and Brandy have never been there. They really aren’t sure of the whole traveling in cars in the first place. Ah well.

I got our parks pass and then we headed off to one of the campsites. Dan has a new GPS toy. (Garmen Etrex Vista) He says it is smarter than he is. Probably right. It would help if he RTM! teeheehee….. He marked the “spot” with a handkerchief and off we went. Brandy wanted to run and Blanca wasn’t too sure about this whole dirt/cactus/rocks thing. 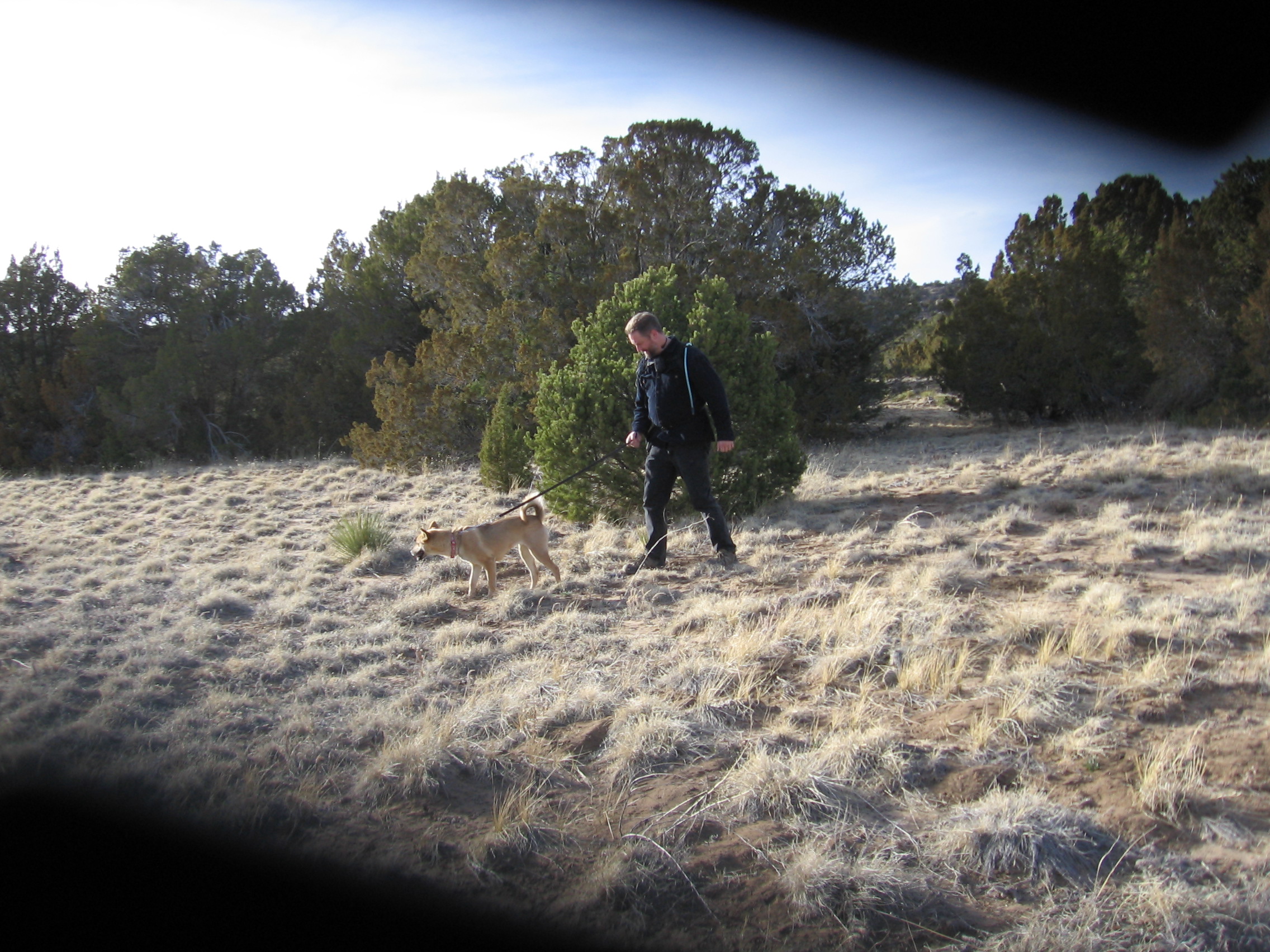 Here is Dan and Brandy going cross country. My camera’s shutter keeps sticking. Hence the snazzy black slices in the corners. Blanca wasn’t too sure where Mama was going and told me so. 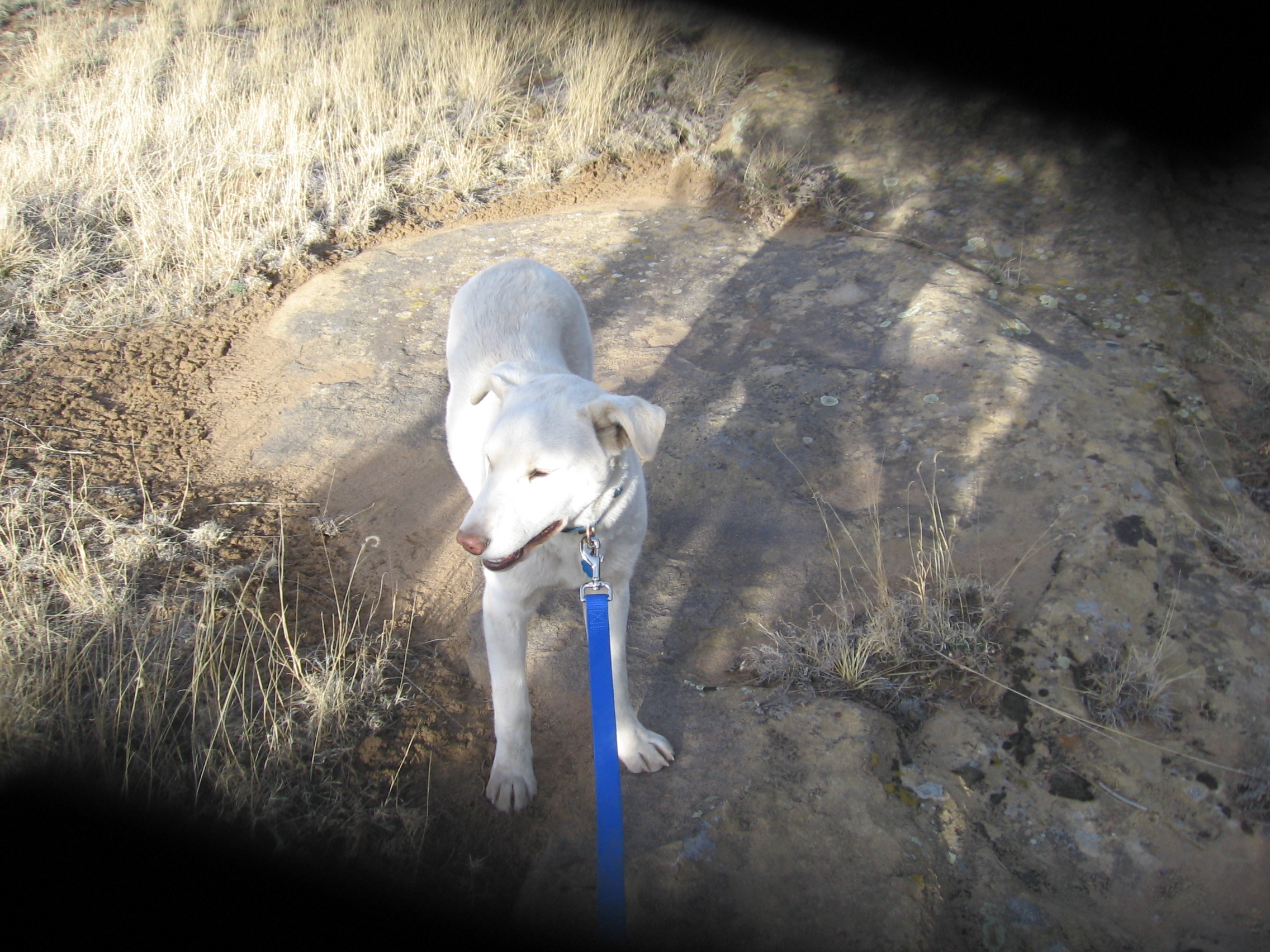 She kept doing that whole “Mama! they’re Over There!” and didn’t want to walk alone. So, we caught up with Dan and Brandy. Went down by the lake and walked the shoreline. Brandy tried to attack the waves and was biting at them. Then she fell in. Dan and I were laughing so hard that we could barely stay out of the lake ourselves. Blanca was not going near the lake.  We walked a bit more and then headed up towards the rocks. Brandy was pretty good, but Blanca was not happy. She backed out of her collar at one point and she and I played ring around the pinon pines. Finally got her collar back on and headed to the car. Dan and Brandy were headed back out because we’d been so long.

All in all we managed about a three mile walk. The dogs were tired. We were tired. However, I managed not to have an asthma attack! Huzzah!!!! After weeks of being sick and every little thing making me wheeze, it was really nice not to have to sit and think “Breathe!”.  The laundry room at 203 jsut rips me up at the moment. sigh…

We got back just  about sunset. Oh the girls were tired.

Blanca was too tired to wag her tail.

Now of course I have to get my tired arse out of this chair long enough to go make dinner. Yawwwn….

2 thoughts on “A Sunny Doggy Day”