Wednesday night around 6:30pm, a fire started on the East Spanish Peak. Life went from this: 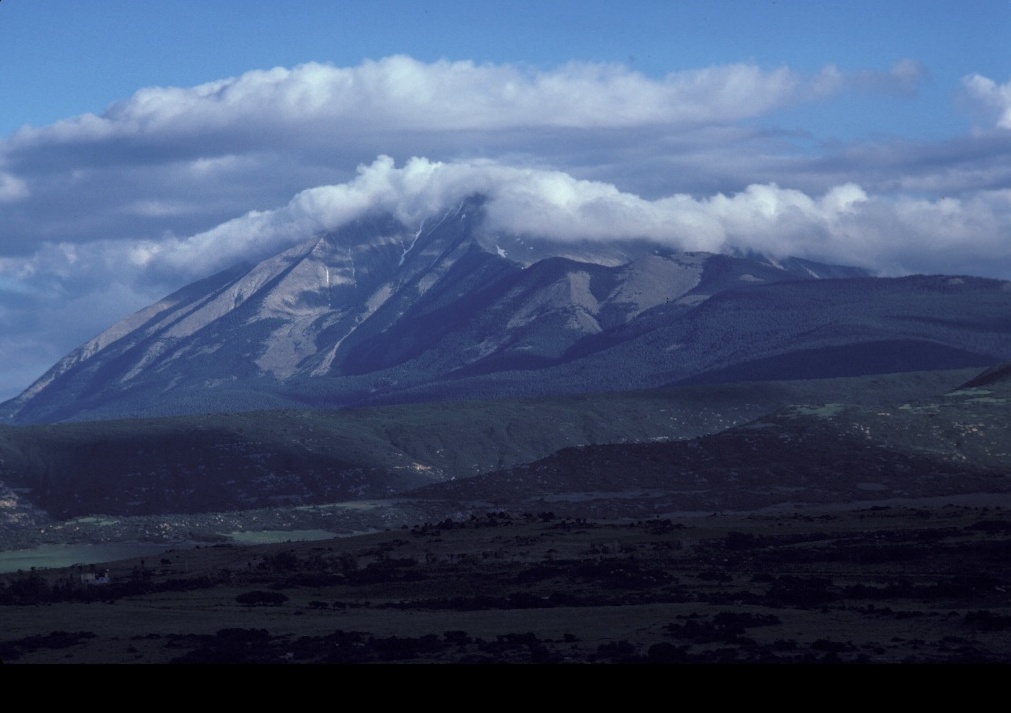 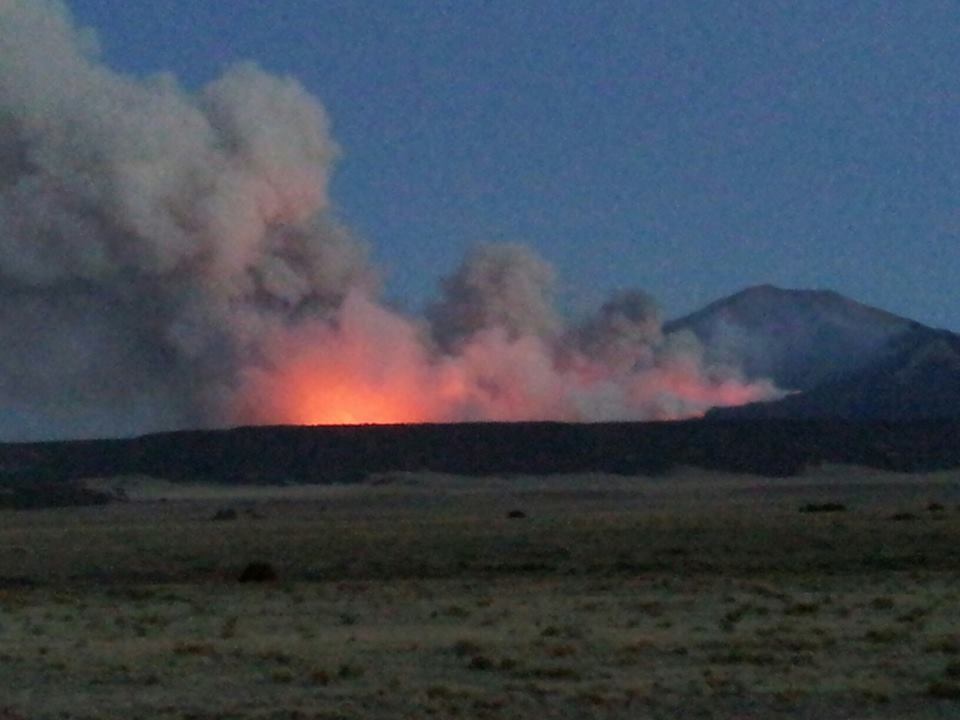 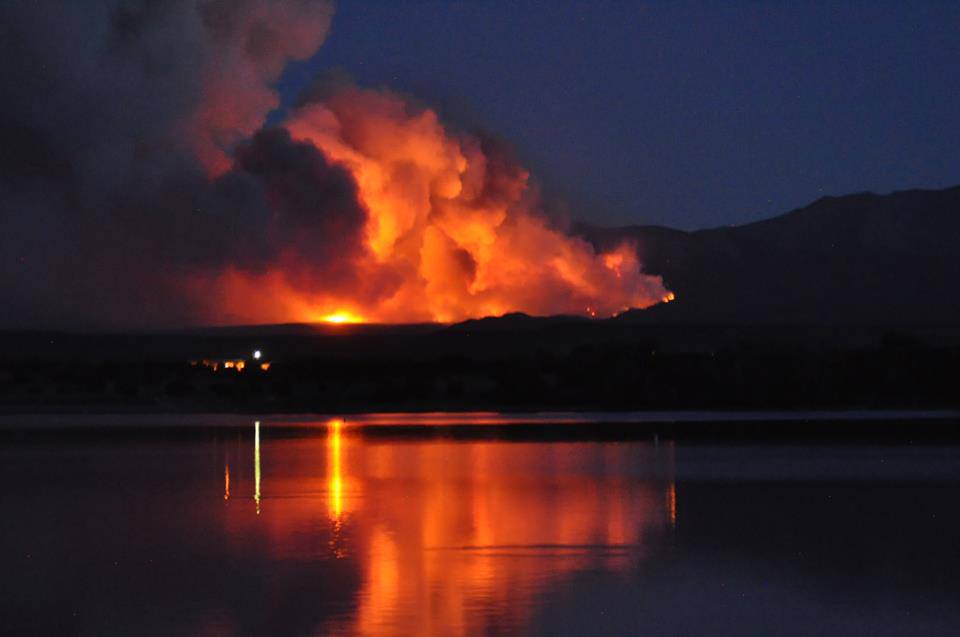 The fire started on the Boy Scout Ranch were there were about 178 boy scouts from Kansas and Texas staying. They were evacuated with short notice and were taken to John Mall High School where the Red Cross had set up a shelter.

We saw the fire when we sat down for supper on Wednesday night. Friday morning, I went to the high school and checked how things were going. I ran the rest of my errands after making sure that the scouts had what the district could provide for them.

Dan set up the weather station on the roof so that the local incident control group could use it’s stats. We’ve watched the fire ebb and race with the wind. Yesterday, we thought it was going to die down, only to have the wind pick up and energize the fire. The smoke was really bad, as the East Peak Fire smoke joined with that of the West Fork Complex fire smoke. Not only was the sun orange, but so was the moon last night. Last time I saw the sun look like that was in the 1970’s when we climbed Mt. Whitney and California was burning. 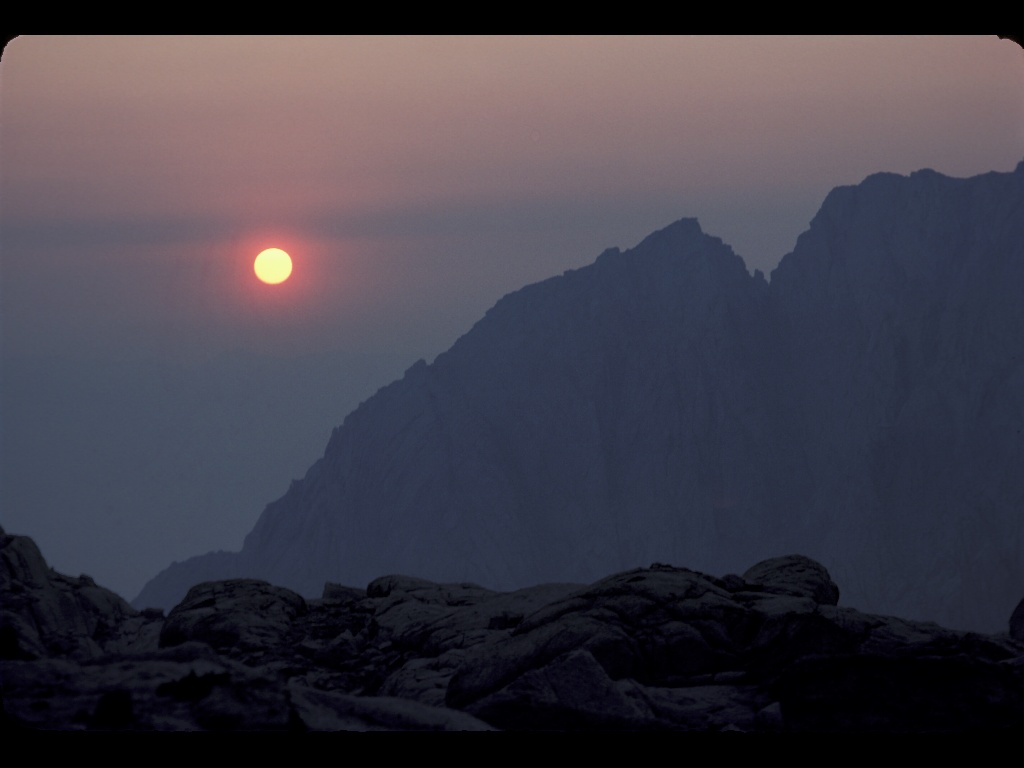 It is now Sunday and the fire has burned 12,442 acres and is about 10% contained. Fire investigators have found the source of the fire, a tree struck by lightning. People have been evacuated from just east of La Veta all the way to I-25 and from south of Walsenburg and HWY 160 to the county line. Walsenburg, La Veta, Aguilar and Trinidad are all on what is called Pre-Evacuation notice. In other words, pack your belongings that you wouldn’t want to lose and be ready to leave.

So, my life is in boxes yet again.

We have National Guard, the Army, A bunch of wildfire fighting teams and lots and lots of locals working the fire. We hear planes flying overhead to drop slurry and helicopters dropping water. We have watched the small planes check out the fire and guide the bigger planes in to do drops. Check out the Huerfano World Journal’s Facebook page for further information and lots of photographs.

And for a bit of dark humor… Everyone around here knows that the Spanish Peaks are also called the Wahatoyas… Breasts of the Mother Earth. Well, in a moment to try and relieve tension, I had one thought. Mother Nature picked one hell of a time to Burn her Bra.