Geeze! We had the ultimate in flip-flop weather this week. First part of the week was warm. Flowers were blooming, trees budding and even the wind was fairly warm. Well, this morning it was cool and cloudy. I took the kids to Badito, and the clouds followed me home. I wasn’t at the office more than 15 minutes when Dan said it was snowing. I looked out the window, and there were big fat flakes landing everywhere.

We brought some firewood in and got the fireplace going to warm up the office. Dan had broken a lot of the dead branches off of the tree in the front yard yesterday. Some of them had been ‘widow makers’, so we didn’t want to leave them hanging. It had been a real adventure as he went up in the bucket truck to reach the branches. Mom and I watched as he pulled these branches off and dropped them to the ground. We have a nice stack started which will probably last about four hours.

By 9am, we had to cancel the day’s activities that we had originally planned. There was no way that Dan was going to climb the tower to adjust the antennas in the snow. It was bad enough the other day in the wind. 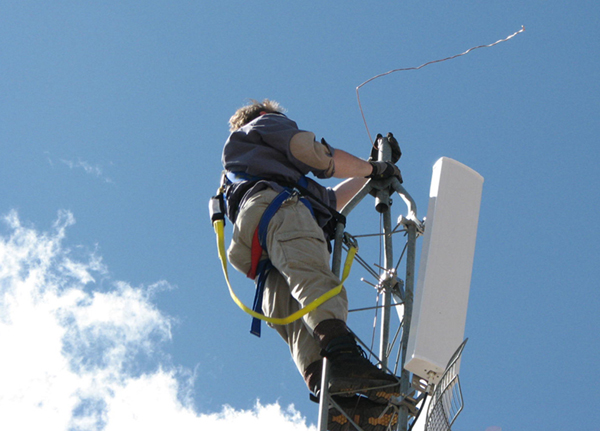 Doing that kind of work in snow,…. No Way! So, we rearranged our workday and started on Friday’s work. By this time, we had nearly 5 inches of snow. 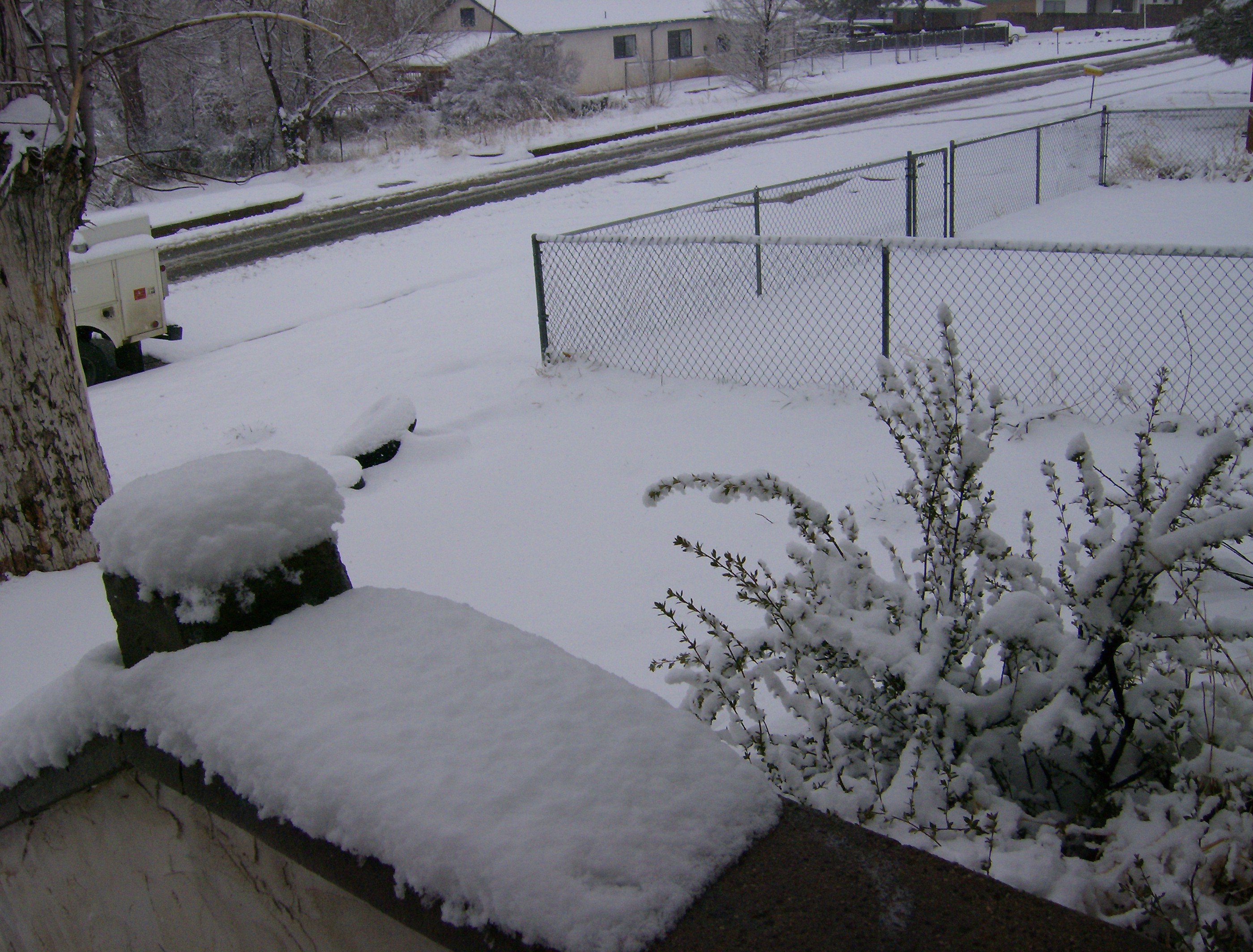 This meant that I had to do all the editing of the various webpages. Hardest part was trying to find a Terms of Service policy. However, WordPress came to the rescue! Thank you WordPress!!! Spending 20 minutes reading through and altering that document saved me so much work. Then we had to edit our “how to” flier for both the Budget Host and Aguilar. I barely got started on that when Daniel called.

Because of the snow, he didn’t go to Trinidad for his building trades class. I dug out Blue, our Ford pick-up, and headed over to the school. I picked him up from school, grabbed the snow shovel and headed over to my parents. Daniel brought Oscar. While Daniel shoveled snow, Mom and I went to run some errands. I grabbed lunch while we were out, and we arrived back at the office just in time for Erin, Morgan and Logan to show up. We had him running around the office pointing and jibbering away like babies do while the phones were ringing and Dan was printing the first drafts of the fliers off.

The fliers looked pretty good. There are two of them, and each has unique bits. He started the run for the Aguilar fliers as we finished eating. Dad called, so I took Mom back over to her house. Daniel was ready, so we piled into the truck. Lovely…. mud, snow, steaming wet dog, Daniel and me. I dropped Daniel and Oscar off at the house and headed back to the office. Dad sent a bag full of wood that we added to the fire. :> Lovely heat!

Then it was back to answering phones, editing and Google searches for information. Wheee! Tonight when I head home I get to tackle laundry, clean house and hem up Morgan’s trousers she is taking on her trip to DC.

And maybe, just maybe if it’s warmer, we’ll go to Aguilar and while Dan climbs the tower to adjust antennas. I’ll deliver fliers. We’ve got both T-1’s up and running, software working and money being generated. Huzzah!!! This might turn out to be a business after all.:>

One thought on “Springtime in the Rockies…”