Last night was the high school prom. Daniel got all dressed up and looked so handsome. I wasn’t sure it was my son he looked so nice! 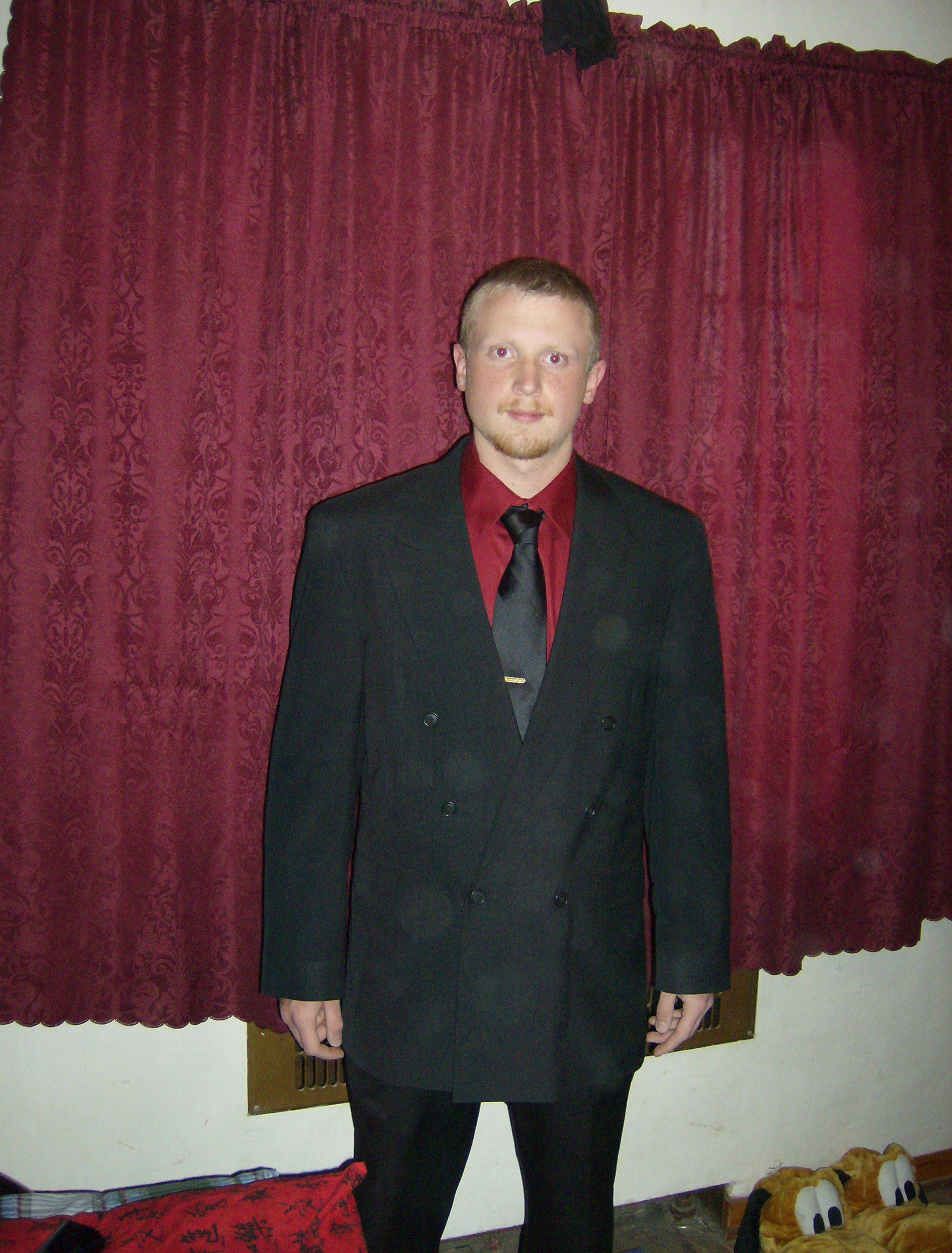 Since this is a small town, everyone is invited to the Grand March. This is where the DJ or the principal introduces all of the couples. We got there early, so I could get a good seat. While there were about 80 kids at prom, there were nearly 300 people in the audience. 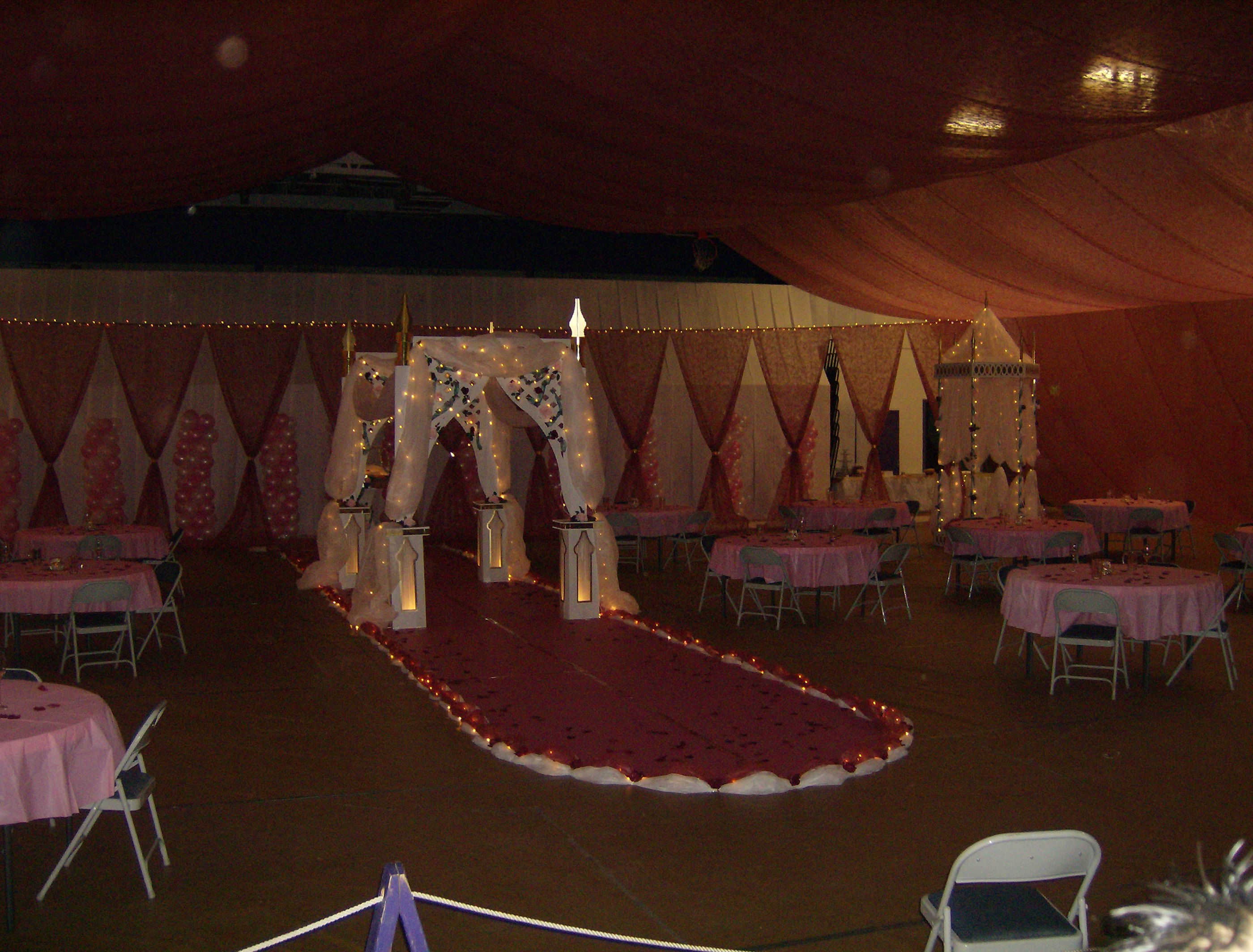 It always amazing me how nice they can make that place look with a bit of fabric, flowers and lights. Daniel’s date, Angela met us at the high school. Her mom sat next to me on the bleachers and she didn’t even know what dress Angela had picked for the night as they had bought three different ones! However, Angela looked beautiful! Our first glimpse of her was when she and Daniel came down the catwalk. All of the kids were suppose to stop just past the arch. The girls got a rose from the guys, and the guys got a garter from the girls. They they are suppose to turn, stop and let everyone take pictures… Right….. 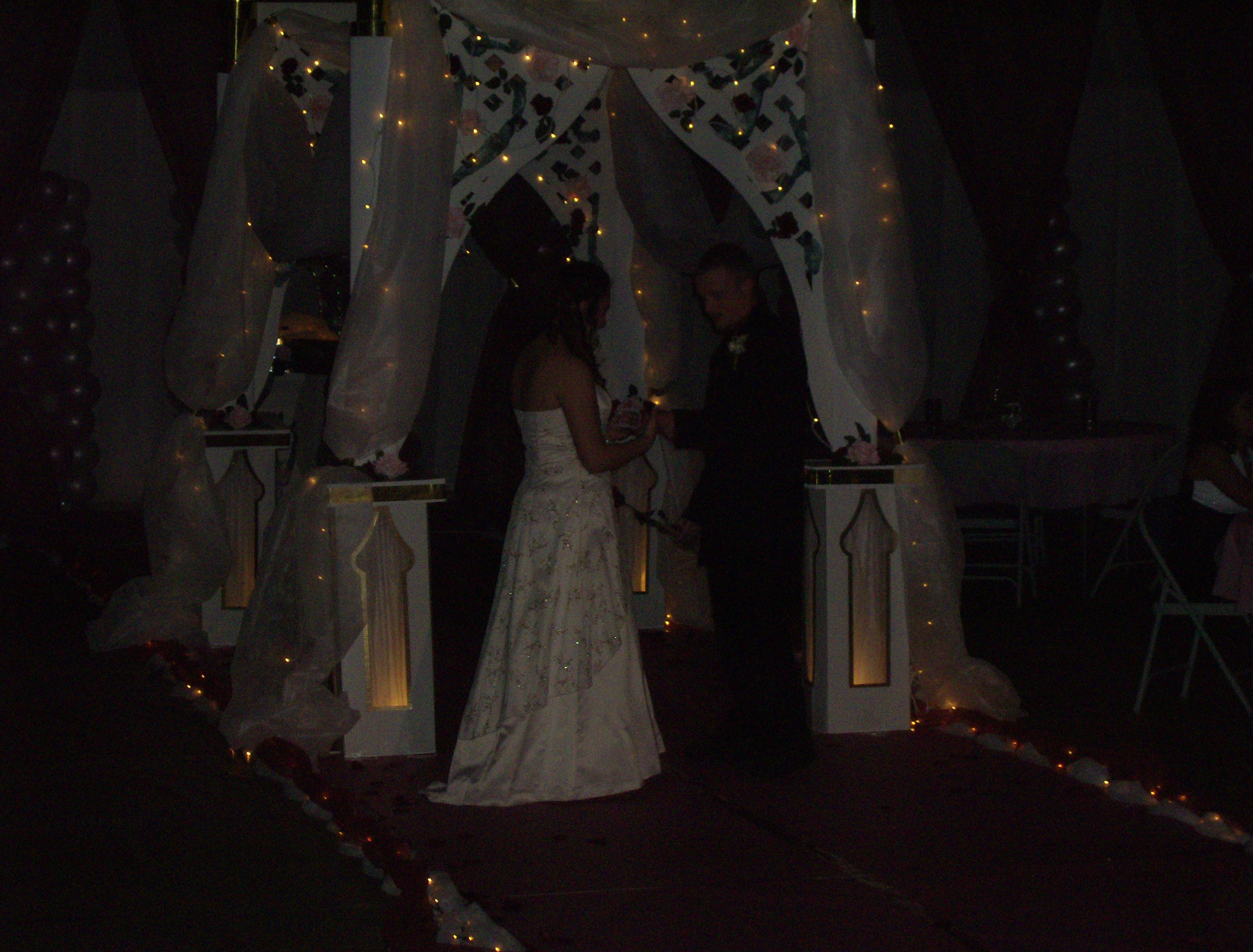 I barely got this picture. The next one shows them walking off. sigh… However, I did get some good ones at the end where everyone is trying to take pictures and it looks like a paparazzi feeding frenzy. 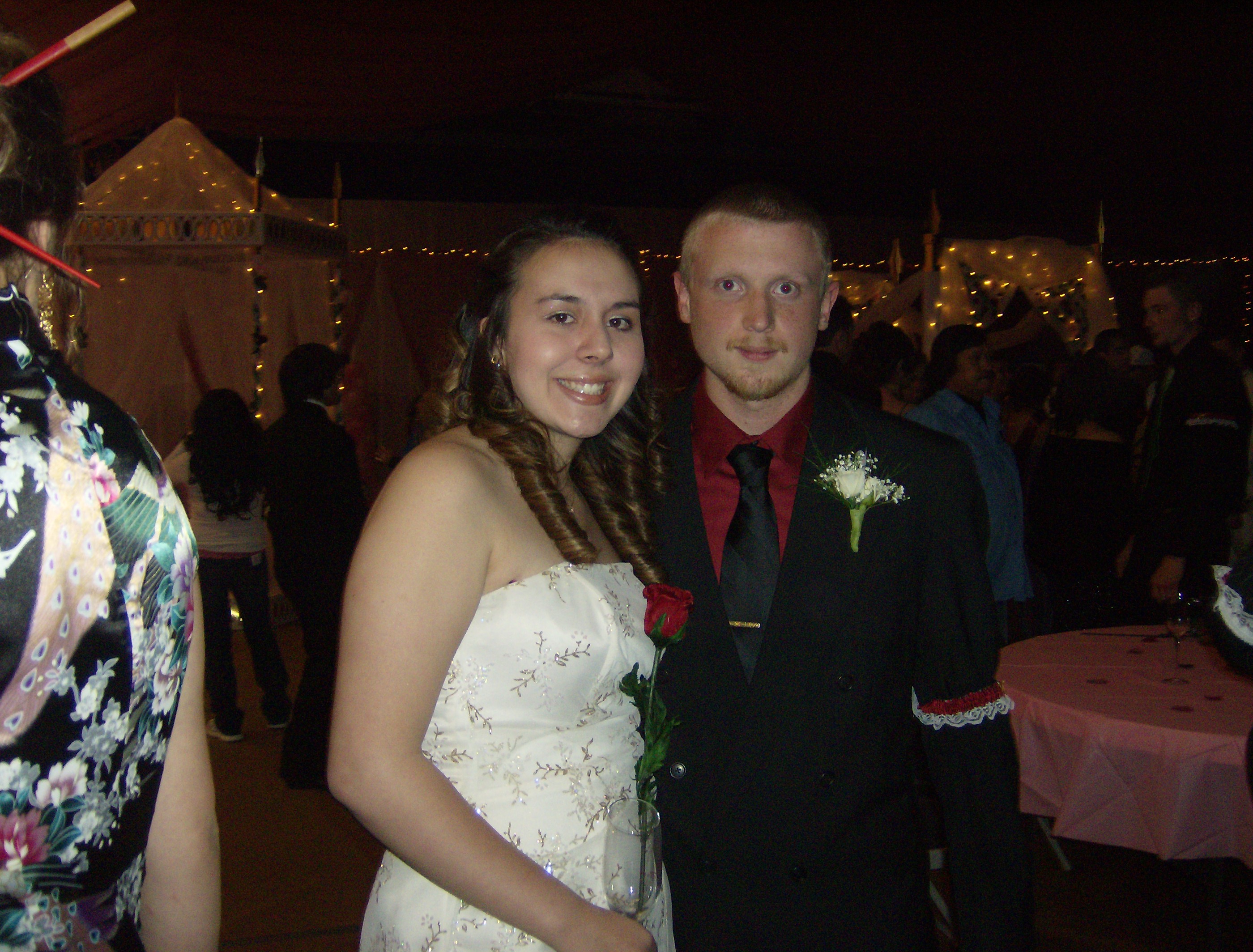 I slowly worked my way to the door and headed home. Downloaded all the pictures and sent them off to the various relatives. :> Then I did some laundry and decided to make an early night of it. I had a date with my book!

So, there I was, quietly reading when I sneezed. Achoo! Pain! Spasm! Achoo! More pain! Oh my gods! Somehow, I had twisted/pinched/torqued the muscles on the left side of my ribcage right at the lower edge of the ribs. I laid there trying to catch my breath, and Oscar the dog kept poking at me with that “mom! Mom! Are you ok?” look on his face. He’s a German Shepard who thinks he’s a cat. So, having an 85 pound dog trying to check on me while I curled up in a ball and tried not to sneeze again was a bit awkward.  John came down to check on me and by then I was able to sit up. I figured I could breath, so I tried to read a bit more of my book. Did fine right up until I sneezed again. Pain! This time, I put the book down and curled up on my side and went to bed.

Woke up this morning, feeling fine. Right up until the point where I moved. Mistake! Whatever is pinched is still there. Sneezing hurts. Breathing, drinking, eating hurts! A hot shower helped a bit, but… Ow! Figured it didn’t matter what I did, so I went to the office, as my desk is still a disaster. Thought I could at least get some paperwork done.  Of course, I sneezed and almost fell out of my chair. Dan gave me that look, the one that asks what’s wrong and says he thinks I’ve screwed up and should know better. Once he found out, he made me a hot water bottle. So, I curled up for a while with a hottie and tried to relax.

I went back to my computer a bit ago, and while sneezing/coughing/breathing still hurts, it isn’t as painful. Dan is driving the kids to school tomorrow as the thought of sneezing and spasming at 65mph just doesn’t thrill me. I’ll have enough on my plate as it is, just showering and doing the paperwork.