It started yesterday. Just a wee mist of rain. My mom and I were running errands, and I swear that every time we got out of the car, it rained harder. By the time I got home around 4pm, it was cold, wet and miserable. The alley was dumping mud out onto the street like it did this summer. Our front porch leaked more and my sewing area was getting soaked. The wind did more damage to the roof than we’d realized. All the rain also meant that Dan and our friend Mark were not going to cut firewood.

So, today between taking my parents to the library and for a drive, I started moving my sewing room into the living room. I had to change how the room worked. I knew where I wanted my sewing stuff. That was the easy part. The difficulty started when I wanted to move my white cutting table in and place the tubbies of fabric. Keep in mind that all of the stuff which I’d been storing in Morgan’s room is now in the living room. Once I got to a certain point, I asked Dan for help.

Do you know what happens when you get one person with great spatial relations and an engineer in the same room trying to rearrange it? Chaos. 🙂 At one point, he tried to put a coffee table, a cedar chest, a lamp table and the rocking chair in the same 6 x 8ft space. It took a few hours, me landing on my arse at one point and a lot of furniture shuffling, but we figured it out.

As I was trying to figure out what to do with all the little knick knacks, I realized that Halloween/Samhain and my birthday were less than a month away. So, I had Dan get out the box of decorations and I decorated. 🙂 This is my favourite time of year.

Now we only have a small pile of stuff in front of the fireplace to find a new home before it gets too cold. (oh wait… it nearly is!) That and figure out what to do with the dining room table which is still living on the front porch.

Oh, there was one family member who wasn’t happy with the new arrangement. RedTom. He keeps waiting for the stuffed cat to jump him, and he just can’t get comfy.

Since last I had a chance to write, life has been just a little chaotic. First we had the Mountain Miners Day on September 20th. While I didn’t watch the parade or go to some of the events downtown, I was involved with a play written by Barbara Yule. It’s called “For Tomorrow We May Die”, the story of Mary Thomas. It was about a woman who survived the Ludlow Massacre. Originally it was a 3-4 person play, but turned into a one woman dramatic reading by Tanya Perkins. I made an apron and scarf for part of her costume and was the school connection as we were holding it at Washington School. It was lightly attended, but Oh My! It was beautiful.

The next week was a surgery for my dad, a school board meeting, a field trip with the school STEM class, a CASB (Colorado Association of School Boards) conference and the Celtic Music Festival. Yes, just a little jam packed. Dan drove my parents up to Colorado Springs for Dad’s surgery. I stayed home and attended the school board meeting.

On Wednesday, I went with Mark Thompson and his students to the Wings over the Rockies flight museum in Denver. That was a lot of fun.

Thursday was crazy. Once again, lots of stuff to get done. Dan was gone doing Celtic music festival stuff while I got things done around the house and prepared for the concert in Gardner. A Taste of Things to Come is always fun. The Gardner community center was packed.

Friday, 5:30am. Up, dressed and out the door to the CASB conference in Pueblo. Dan was out the door an hour later to work the festival. Lots of good info at the CASB event, and then home just in time to help at the first concert at the Fox. Full Set played. It was heavenly. Got home and got a phone call… My Dad was in hospital with an infection.

Saturday, 5:30am. Up, dressed off to Pueblo. Legislative delegate day at the CASB conference. I finished up by 2pm. Took Mom out to the hospital to see Dad. Then off to the evening concert and the 10th Anniversary concert afterwards. We got home around 1am.

Sunday. We got to sleep in until 7am! Wow! Off to La Veta for the final day of the Celtic music festival and the final performance of “For Tomorrow We May Die.” Oh was it grand. Packed house. Not a dry eye either. Oh… Oh my.

Afterwards, we went to see my Dad again. He was not doing well. Confused, etc. Monday thru Thursday was a mix of hospital trips, running errands, meetings, and playing catch up with work. Oh, and lots of planning. Friday, we got to bring Dad home. It was also the day that the doctors told him no more driving. So, Dan and I are now “Driving Mr. Sudar.” Luckily, Dad took it well after an initial bit of shock.

Over the weekend, we’ve tried to get ready for winter. We chopped firewood, cleaned up the yard a bit, brought plants in and have driven Mom and Dad wherever they needed to go. Somewhere in here we got our bathtub for the Wendy House. We hope to plumb it soon. 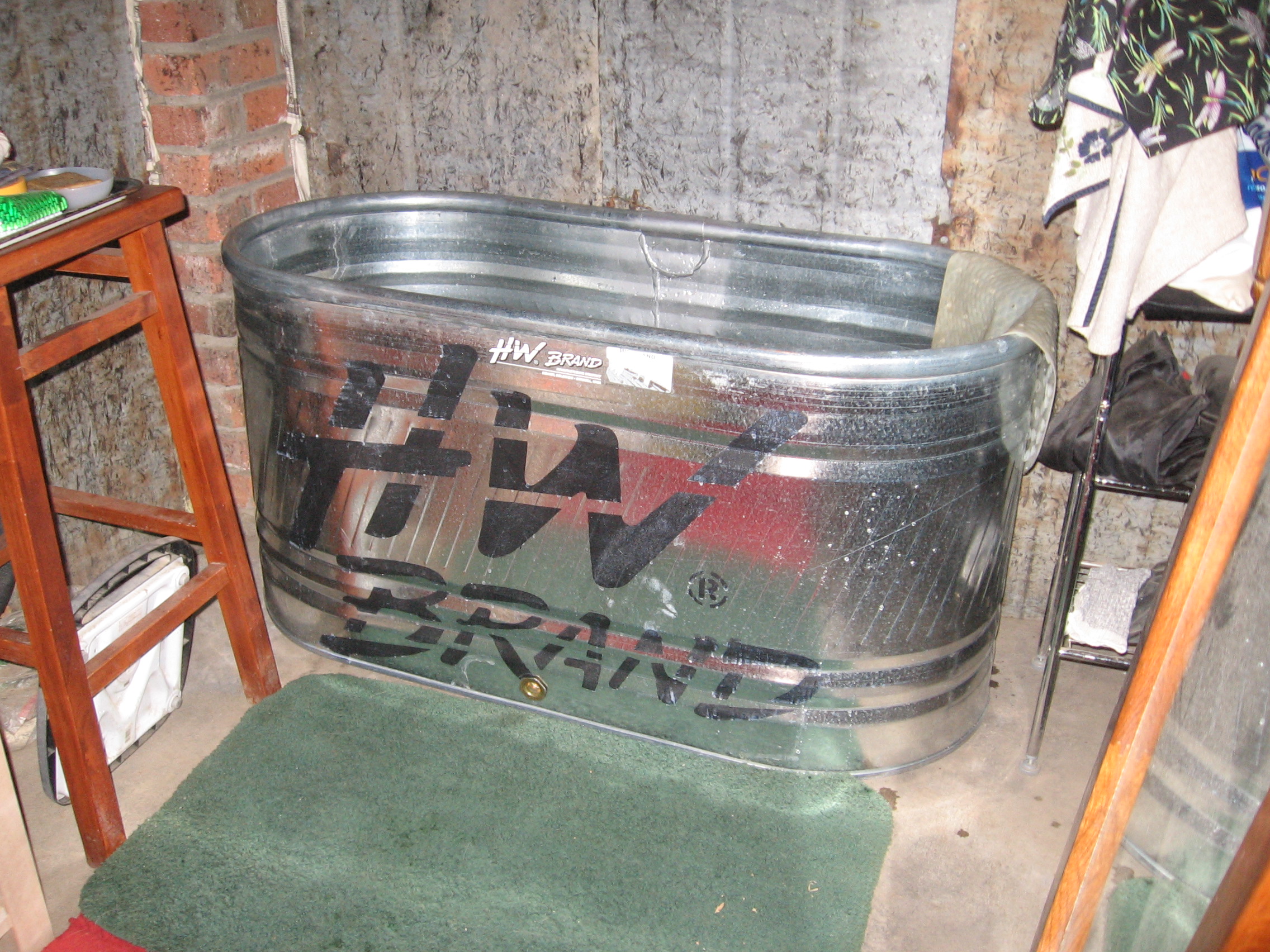 On Sunday we took a drive up Cordova Pass to see the aspen. Ahhhh… it was beautiful.

This week has been yet another rush of work, driving and meetings, and it is only Tuesday. Ah Chaos, thy name is normality around here…