Not that mice are any real news, but today they were a focus for laughter. This winter had been very mouse-ful! We’ve had traps in the kitchen, mice mess to clean up as they’ve found bits of food and occasionally, we’ve had a mouse run across the counters. Not really a problem, but just one of those things.

However, today I was cleaning house. We had a heatwave of 67 degrees, and we opened all the doors to let in the warm air. It was marvelous. Of course, the two feral cats I feed, took full advantage of the open doors to come see if there was any extra food just waiting to be eaten. Red Tom walked through and left. Black Tom, aka the Luuuuuv Sponge, decided to visit Dan and I and then follow me where ever I went in the house just in case I might have a bit of a snack for him. As I was taking the trash out, I moved a bag on the back porch which had been there for a couple of days. Two wee mice shot out from under the bag. One went left and the other went out the back door. Black Tom shot out the door to grab the mouse. Around the rosebush he ran and bingo! He had the mouse.

I realized he was running for the house and tried to stop him. No such luck, as he dived past me. I stood there giggling and went to see if he had gotten all the way through the house and out the front door. Oh no! He got as far as the big chair and decided to play with his food. He dropped it and chased it, recapturing it just before it got under the chair. I’m laughing and Dan is wondering what is going on, just as Black Tom drops the mouse again, right at his feet. He bats it around and catches it again.

By this time, we are both laughing. Black Tom does the release and catch thing one more time and then tears out the front door with mouse in jaws for a lunch. Of course, Red Tom is standing on the front porch with a look of confusion on his face. It was a riot!

Once we finally stopped laughing, we cleaned up the back porch, hauled all the scrap metal in the back yard to the front for the guy to pick up tomorrow and then had dinner. It was a warm wonderful day! A very Mouserful day!

But damn I’m ready for warmer weather. Not sure what it is this year, but I have just not been in the mood for the below freezing weather. Today for example, we’ve had sun, snow, more sun, more snow and it never got above 31F. Brrrr…..As it is, we started a fire at 2pm.

Meanwhile, we are working on the business plan yet again. Dan has done the financial data and I’ve done the narrative. I’m seeing business plans in my sleep.

At least I’m not outside shoveling snow. 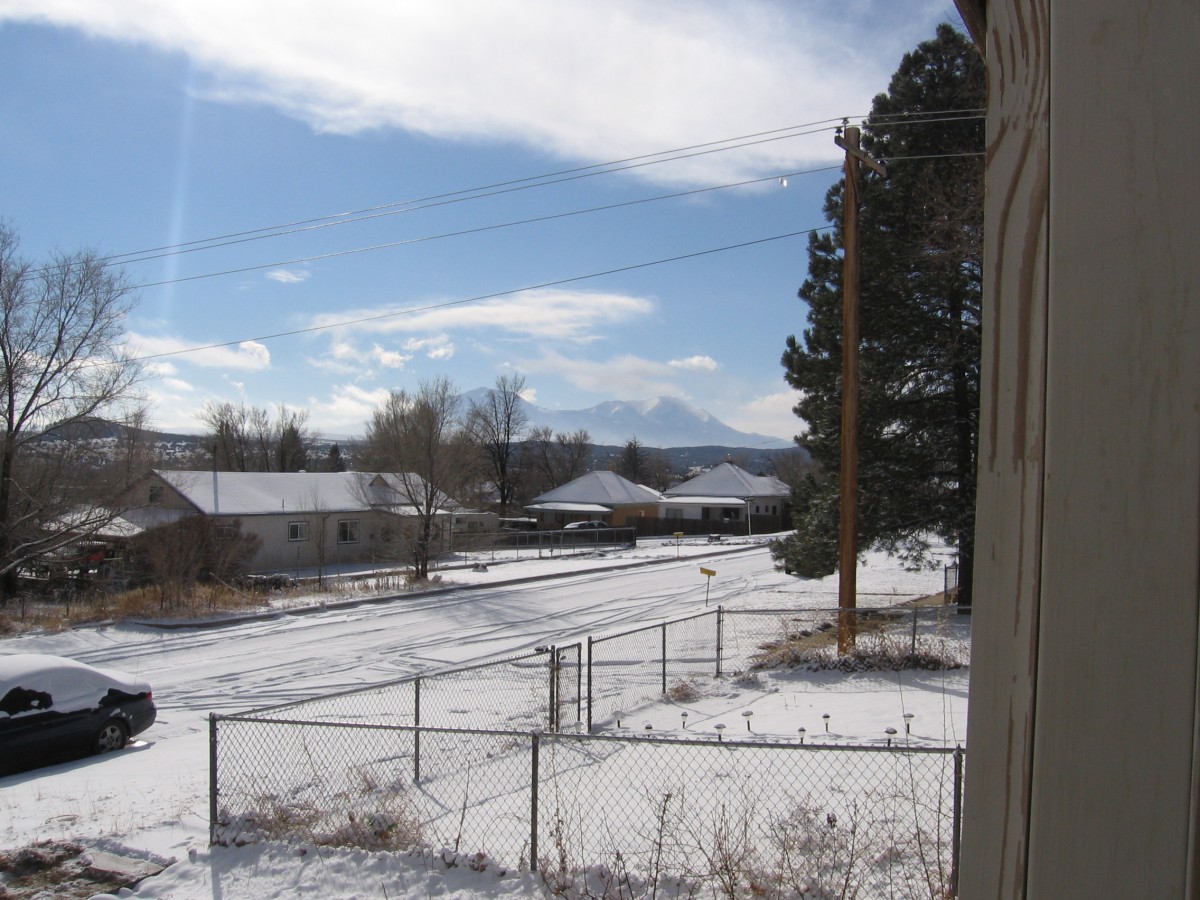 Sunday we went up to Colorado Springs. This was so we could be at the Winter visiting day for Fountain Valley School. This is a private college prep high school that we’ve been looking at for Morgan.

The hotel was um… a joke. Yes, it was cheap, but we’ve stayed in nicer hotels for about the same amount and had much better service and rooms. Oh well. We got up early and headed for FVS. We were WAY early, so we grabbed a second bit of breakfast at Burger King, because the breakfast at the hotel was….um….horrid.

We arrived on time and guess what…. Third Breakfastses!!! It would have made a hobbit proud! LOL! We had a lovely tour of the campus, visited with teachers, student and parents. Lunch was fantastic, and we were assured that Morgan would Not Starve if she attended FVS. We had an interview with one of the admission assistants and that went well. After that was over, we visited the stables that we had missed earlier due to a bit of rain. Yes, rain in January. Better yet, rain in sunshine in January!

After the visit, we headed home with a stop in Pueblo to find Dan some dress clothes for his upcoming trip to Washington DC. He really wanted a suit and an extra pair of trews, but we ended up buying a sports coat, two pairs of trews, a shirt, a belt and a wool overcoat. It took forever! Morgan got bored with waiting, so we let her roam JCPenny’s, which is where we were. She found a sweater and we got it for her. Biggest issue we had was finding the size that fit Dan. Normally he wears 34/30 jeans. However, when it comes to suit pants, he wears a 38/29. Just weird. Snakes on shoes weird! I don’t understand their sizing. Oh well. We got the stuff purchased. We also all remember just how much we hate shopping!

Afterwards, we went to Bingo Burger for dinner. Yum!!!! It was a good ending to a long day. Especially as I had an asthma attack in the Mall due to some perfumes in Bath & Body… which we just walked by! uggghhh…  When we got home, Dan took the truck back while I crawled in bed with a hot water bottle. Between the asthma, the long day and the inhaler, I was out in moments!

Of course, waking up today was a real effort. I was so tired. I was bribed out of bed with a cup of tea and then later Dan took me to lunch at George’s. Yumm….

The rest of this week will be busy with clients and working on our business plan. wheeee….. On Friday, we have to go to Trinidad on business. I am really looking forward to sleeping in on Saturday!

This week has been frigid!  30+ degrees colder than normal. We got 6 inches of snow on Sunday and not a lot of it has melted, because it has been so cold. -10 Monday night. 4 last night and right now at nearly 2pm, it is just barely 35 outside. BRRRR!!!!! Only good thing is that my parents bought us half a cord of wood. Otherwise, I’d be in bed!

Last week was hectic. We took a trip to Trinidad and visited with Economic Development and the local Chamber of Commerce. Depending on how a meeting goes tomorrow, we may be changing our business plans for 2011. Exciting and nerve wracking all at the same time.

This week isn’t much slower paced either. Lots of work stuff, and Dan had to go to Denver for some Workforce stuff. He will be home tonight. Oh, and to top it off, Ian’s truck hates me. It died on my half way to the school board meeting last night. I left it there, as I couldn’t get it started.  I had to walk home from the meeting. BRRRRR!!!  Dan gets to deal with it when he comes home. Not exactly what I would have wanted, but… oh well.

As I said, we have a meeting in Trinidad tomorrow, Dan has two computer jobs and on Monday we take Morgan up to Fountain Valley School for an introduction day. It should be interesting. There is some other stuff next week too, but I have to get it all down on the calendar. I just hope it warms up soon. 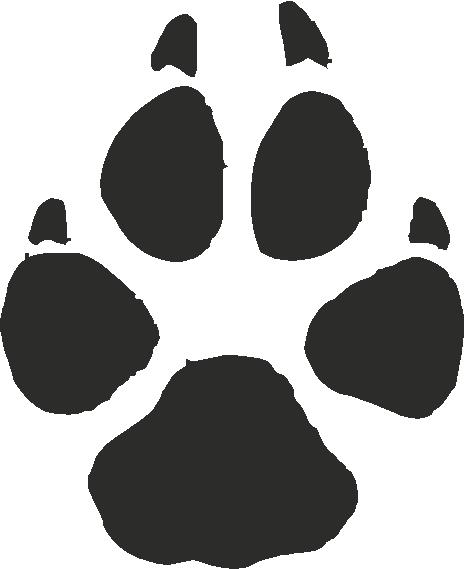 Oh my gods it is cold!

Last  night when we went to bed it was -2F outside. We stayed up long enough to welcome in the new year and then crawled in bed! Hot water bottles are a blessing. This morning when we got up it was 30F in the house. BRRRRrrrrrRRRRrrrrrr!

We started a fire and turned up the electrical heaters and by 5pm, we got the house up to 50F. (16F outside) This happened just in time for the couple from Falcon to come meet Spike. They came in and met him and decided that they would take him home. I hope that all works well for Spike!

I made pinto bean soup for dinner. The ham bone from Yule dinner is cooking away in it, and will be Brandy’s as a treat. Now to decide whether to make corn bread or just heat up tortillas.

I’m waiting for that heatwave of 46F tomorrow!!!