The last two weeks have been.. Hell. Not the kind where you feel the ship sink or the train heading to run you over. No, this is more like being nibbled to death by ants or ducks. I don’t think I could even start to list all the wonky things that have gone on, but here are the highlights:

Walsenburg also had a ‘brain fart’ yesterday. Two attempted suicides. One by train. An assault that ended up with shots being fired at police, and an arrest. Plus tire slashings, a semi rear ending a car and other bits of mindless stupidity.

One of the few good things going on is that our garden is going gang busters! I harvested the first crookneck squash and green beans. 🙂

I am hoping that the only thing on my schedule tomorrow will remain harvesting veg, cooking dinner and sewing. Keep your fingers crossed!

We have green beans, zucchini, radishes and lettuce!

When I’m not gardening, dealing with life in grand and sometimes painful chunks, I do website work. Part of our one business, LoboSavvy. Today we had a board meeting for the Spanish Peaks International Celtic Music Festival. I’m on the board and 1/2 of the Computer/Website team. Dan is the other. I do the ‘pretty stuff’, and he does all the nuts and bolts work.

We have two websites that we administer. First off, there is the Piper’s retreat. It takes a lot of lung capacity to play pipes at this altitude, but oh do they sound grand. This is the first year. They decided to give pipers a retreat as the harp retreat is so successful.

Then there is the main festival site. The SPICMF, also known as the Celtic Music Festival is in it’s 11th year. Last night we did a fund raiser for the festival. It was a performance of the play, “For Tomorrow We May Die”. It wasn’t as well attended as we’d hoped. sigh… However, there is another fund raiser in August.

This year, we are having Carlos Nunez as our top performer. It’s going to be a really good festival. We also have Daimh, (pronounced Dive) and The MacDonald Sisters. Go check out the website. Better yet, come to the festival. 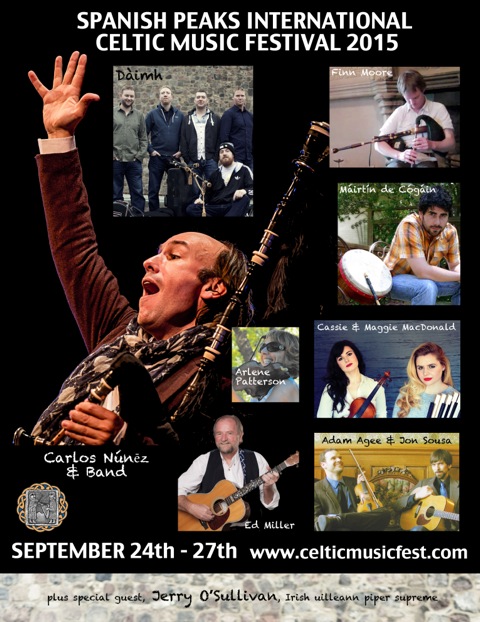 Our routine in the morning is one of tea and breakfast. Once Mom and Dan are awake enough, they “go feed the dog.” This is a time to let Mom smoke, feed Brandy and just sort of start the day. Mom and Brandy love one another. Brandy gets spoiled rotten, getting upwards of 5 treats.

This morning, Brandy wasn’t out waiting for breakfast and treats from Grandma. Dan checked on her and found that she had died. She was still warm. No issues, just went to sleep and never woke up. We spent the morning burying her and cleaning up the yard. And crying.

Brandy was part coyote, part German Shepard. Daniel brought her to us in October or December of 2007. I’d had a headache that day and was sleeping when he brought her in and dropped her on the bed. I tried to argue that we didn’t need a dog and that Stefan wouldn’t let us have one at the house. Daniel wouldn’t take no for an answer and called Stefan. Of course he agreed that we should have a dog.

We didn’t know she was a wild mix until we took her to the vet for shots. The vet put “mutt” on her records. She was also an escape artist. if she didn’t go over the fence, she went under it. We put her on a cable to keep her in the yard. Brandy figured out that if she ran in a circle and then straight out, she could torque and snap the cable. We went through a 50, 100 and 150 pound rated cable before we realized that we needed a linked chain. Even then she got away at times.

I also had the dog catcher meet me in Safeway and ask me not to go home alone as there was a coyote running around. He’d tried to shoot it, but missed. I told him that it was probably my dog. He shook his head and said that he knew coyotes, and that this was one. When I finished my shopping, I headed home. There was Brandy on the steps, no collar. When I explained that it was my dog, he shook his head and muttered that he almost shot my dog. From then on, Brandy wore a bright body harness.

She was a beaver dog, chewing up bones in record time. She loved treats from Grandma. Brandy was a bed hog and knew she was people. We were her pack. She was our furbaby. She will be missed.

I added another story. This originally was going to be a chapter in a longer story, but I decided I liked the short story. Enjoy!

Check it out here.

We’ve been working on the garden most Saturdays. Today I harvested a lot of radishes, spinach and lettuce. I took a bunch of pictures too. Yes, more pics of the garden!