We arrived home at midnight last night. Oh, and of course I had to get up and go to work this morning. Yawn…..Yawn….Yawn…. I’m just a little tired.
I am still laughing about the white thongs and the wedding dress! Plus, the fact that the Justice of the Peace was confused over who was the bride and groom cracked us up. The Chinese buffet was great, and afterwards we went home and relaxed. We had a pizza party and watched movies for dinner. Not the traditional wedding reception, but we didn’t mind.
The next day, the 28th, was Bryan’s birthday. After sleeping in, we goofed around for a while. Then Dan and I went shopping. I got prezzies for the boys… yes, all three. Talon and Gavin got these little dragons. Bryan got more ammo for his Nerf guns. We also grabbed lunch.
Then, Bryan, Katie, the grandbabies and Morgan went to Hebber Lake. They went swimming. Dan and I went with Stefan, Anabell, and some of his friends out to a ranch where he goes hiking. We had a jeep drive and then took a hike. Yes, I took lots of pictures. 🙂
When we got home, we had barbecue. Pork, chicken, eggplant, squash and corn. Yummm… Then we had cake and ice cream. Oh, and lots of beer and other alcohol. Movies were watched and Stefan, Anabell and I went off to a coffee house to meet with some of his friends. It was a nice end to the evening. Funny bit was all of his friends reacting to the ‘oh my god! His mom is Just like He Said she was!!!!’
By the time I got home, Morgan was asleep, and Dan and Bryan were silly drunk. It was so funny. Funny bit was Bry and Dan wrestling. They were about matched.
Next morning, I woke up with a migraine. Dan woke up with a hangover. Tons of aspirin later, we left by 7:30am. Of course we forgot things which Bryan has promised to mail. Sigh…. my teacup… Oh well. The drive was interesting. Trying to deal with a headache in a car is not good, but I survived. It was HOT! I was so glad when the sun went down.
Oklahoma was Still under construction. So were parts of New Mexico. Most of Oklahoma, Texas and New Mexico roll up the sidewalks on Sundays. We had a heck of a time trying to find food that wasn’t fast food. Oh well.
Over all, the trip was great. It was lovely to see everyone. However, Arkansas in August is like crawling into a wet hot dryer. Uggghh….. Next time I will go in December, like I did last time.

Yesterday was one long drive. Oklahoma and I 40 except for OKC, were one long cone zone. Road construction mess. It took us 18 hours instead of 13. Gods were our asses flat!

We arrived at midnight, and everyone woke up. Gavin and Talon weren’t too sure about us, but it was very late. After way too little sleep, we woke to giggles in the hall staring at Nana and Granpa sleeping in the living room.

We got up, showered, ate doughnuts and drank coffee. Then everyone got ready for the wedding. We headed down to the city hall. As we waited in the county office to get the paperwork, another bride and groom came in. I about died…

The bride wore a white strapless minidress. A really cheap prom dress style. That wasn’t so bad. However, the formal White Dress Flipflops got me.

The groom wore a plaid shirt 3 sized too large, South Pole jeans down around his hips and his hair was in a spiked mohawk. All I could hear in my head was “White Trash Wedding” by the Dixie Chics.

The Justice of the Peace was cute. We all walked into his office, and he wasn’t sure who was there to get married… Bryan and Katie, or Dan and I. We were all dressed nicely, and you could see the confusion on his face. Five minutes later, Bryan and Katie were married. I took lots of pics and will post them soon.

After the wedding, we went to the New China Buffet in Searcy. Yum!!! We’ve been relaxing this afternoon, as none of us have too many braincells. Far too sleepy. Katie and Morgan went off to get pizza for dinner. Dan, Bryan and Stefan went off earlier for beer.

Tomorrow is still up in the air. Something about jeeps, shooting and beer. LOL…

We tried to sleep in! Then Brandy wanted our attention. We got ready for a leisurely day… hahahahahahaha!!! Silly us.

Apparently the phone rang at nine. We didn’t know. At 10am, Erin rang to see if we could help Morgan move. I said yes, and started to get ready to go down and help. Hahahahaha. I checked the phone because it said we’d missed a call. The restaurant had called. Karen needed me to bake.

So, I showered and headed to work. Made bread, two coconut cream pies and did a lot of people ‘mopping up’. A refrigerator blew a coil or something and died. So, everyone was a bit frantic. Ooooooommm……. Lots of smiles, backrubs, grounding and other energy work along with the cooking. Phew! Ate lunch and finally got home around 3pm. Took a brief rest and tried to catch up on all the other calls I’d missed.

Meanwhile, when I was gone, Barbara Yule called with computer issues, and my Dad came by. He had pictures for the La Plaza Inn website for Dan.

I made arrangements with Pauline to pick up her washer and dryer and then called John to meet us at the house Morgan and Erin were renting. By 5pm, I finally had everyone in place. Wooohooo!!!! After that, I picked up some stuff that I’m taking to Stefan and Bryan in Arkansas. Gads those books are heavy.

Now to go do some sewing. I have jeans to hem for $$ and then I have two dresses to sew for the trip. Wheee…. If I am lucky, the only things I will have tomorrow will be a Huefano County Cat Coalition meeting and then helping Morgan and Erin pack. sigh….

The middle of a crazy week too. I went to work this morning and figured that I’d be sewing on my dresses for the trip by the afternoon. Nope! Almost first thing today at work, and Karen, the boss asks if I’d drive her friend Anne to the airport in Colorado Springs. Her car, paid etc. I said yes! So, had to call Dan and tell him to rearrange the day.

After I got off work, we drove up to Gardner and registered Morgan for school. While Dan filled out the paperwork, Morgan got her school physical. Now she can play sports. Wheee!!!!
Then we drove home and dropped her off. We got to the restaurant with about 15 minutes to spare. Then it was off to Colorado Springs.

We dropped Anne off and headed to Pueblo. Petco, Chilie’s for lunch, Sam’s for supplies for the restaurant, and then to the Mall. Gads, it is such a tiny mall, but it is all we have. I went to JoAnne’s… We finally have one in Pueblo again, and I am so happy!!! I got stuff for the dresses and drooled over fabric. Then it was off to find sandals. Payless had nothing. Unless I wanted itty bitty strappy things with a 4 inch heel. Nope, not this girl. So, we headed over to the high priced sensible cool shoe shop. I found a pair I liked. A little expensive, but these will last for a couple of years. Plus, they are nice looking and will do for dressy occasions. They have about a 2 inch heel. Funny to feel so tall!

Then we drove home, dropped the stuff at the restaurant and Ian picked us up. Wheeee… Now for bed as I have to be into work at 8am again. It was a busy night at the restaurant, so I will be doing lots of baking. 🙂 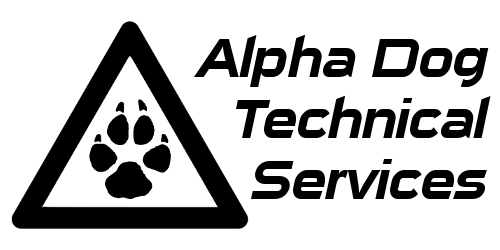 Well, it was warm and sunny when I started out this morning. In to work at 8am, and done by 11am. Sort of short hours, but at least it is a job.

Then, ﻿Dan and I went to the bank and the community garden to check on the squash bed. Got two squash!  Then it was off to lunch and a quick trip to the library. I picked up two books and Dan talked to John about the classes tomorrow. It was pouring rain by the time we got home. Brrr!!!

I have tomorrow off, and hope to get some stuff done. wheee…..

I got to talk to Stefan today too. He is 26 today. 🙂 Happy Birthday Stefan!