Gads…. Wednesday already! Four more days of spring break, and then back to school. The weather is still nice and warm too! Argh…. I am really not into the headspace for Fundamentals of Management. Yes, there probably is something new that they can teach me, but in all honesty, I’m 50. I’ve had a spouse and children…. run my own business and have been the business manager for LoboSavvy for 6 years. So, it will be a challenge not to blow off the teacher. Or heckle. Most of them are use to dealing with 20 somethings or kids just out of high school. They are not use to dealing with older students. Oh well.

Meanwhile, I am trying to do some sewing. I did a duvet cover yesterday. Yellow flowers and a boarder print. I’ve had the fabric for years, and never used it. I need to put some snaps on the opening and that is about it. Then there is the mending pile to attack. Oh, and curtains to make to match the fabric in the bedroom. Big problem is that what I feel like doing is taking a walk, or…. jumping someone’s bones. LOL. 🙂 Maybe I’ll just curl up with a good book… I have this one from my mom to read. The Guernsey Literary and Potato Peel Pie Society.

That’s the question. I am trying to decide whether to delete two of my blogs or not. First one is Digitally challenged, the blog story I have been writing and which has sort of come to an end. The other is one I am thinking of re-purposing. I just have not had the time to update either of them and so have been rethinking them.

Digitally Challenged, I want to turn into a story in book form. However, I need to have it easier to edit, hence the taking it off the blogsphere.

Anyone out there have an opinion?

Meanwhile, Adventures has run it’s course in a different way. Not sure what to do with that one. A friend of mine is doing a story a day thing and I am thinking of trying that with this site. Sort of like DC, only a different theme. Still thinking on that one.

Then there is Pagan Way. Dan and I share that one and it is due to be moved to a website. Once again, similar purpose, but more coverage/access needed.

Lots of thinking…. Sorry for the sound of grinding gears and smoke.

Today was a lazy day otherwise. I got the front porch straight so I can do some more sewing. Wheee!!!! The weather is warming up at last and I will be able to sit out there without freezing.

Ian went to bed early and Dan is playing video first person kill’um games. I think I will work on that pair of socks that needs the heel turned.

Last night, I came home from a meeting and it was raining. An hour later, it was snowing so hard that we couldn’t see across the street. 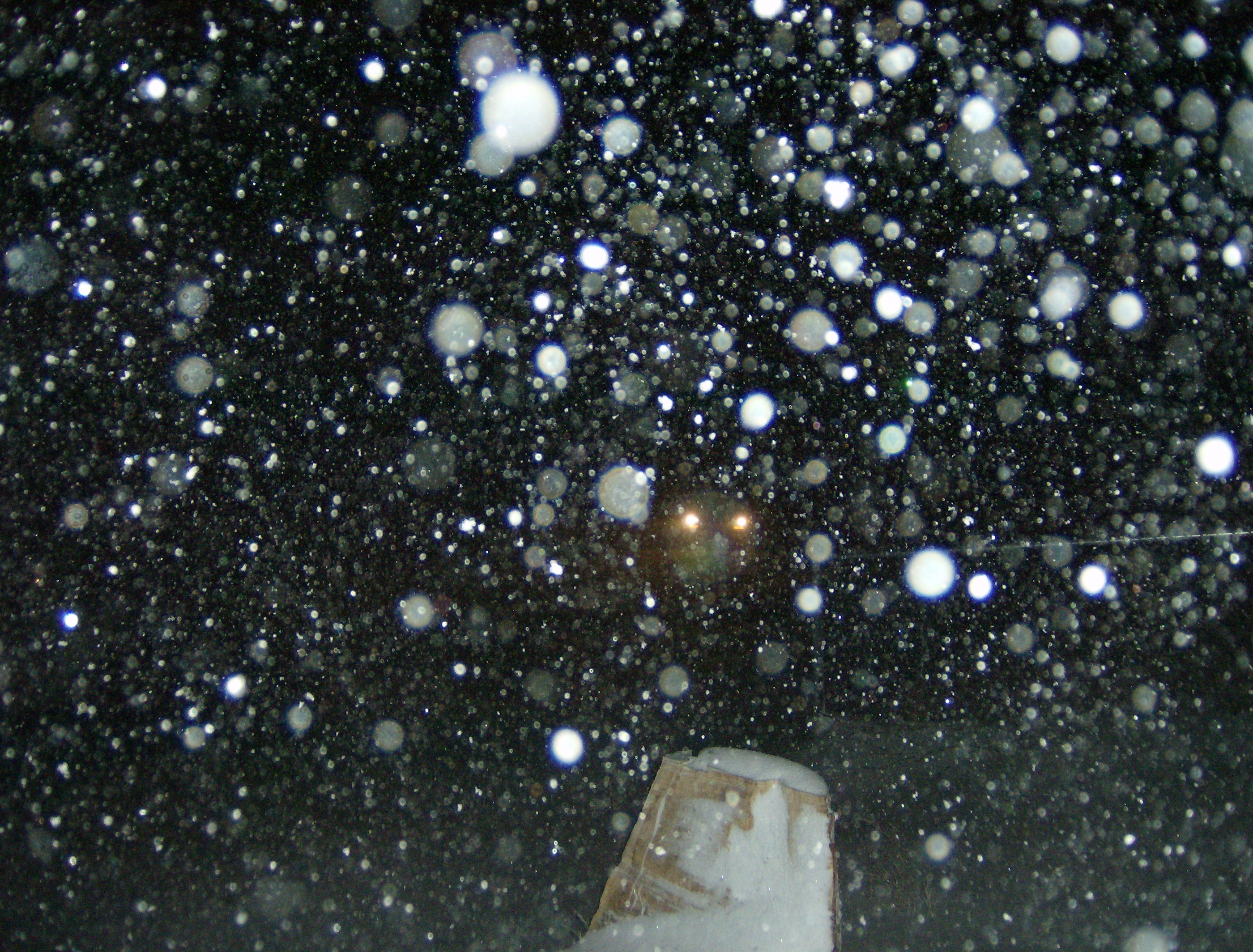 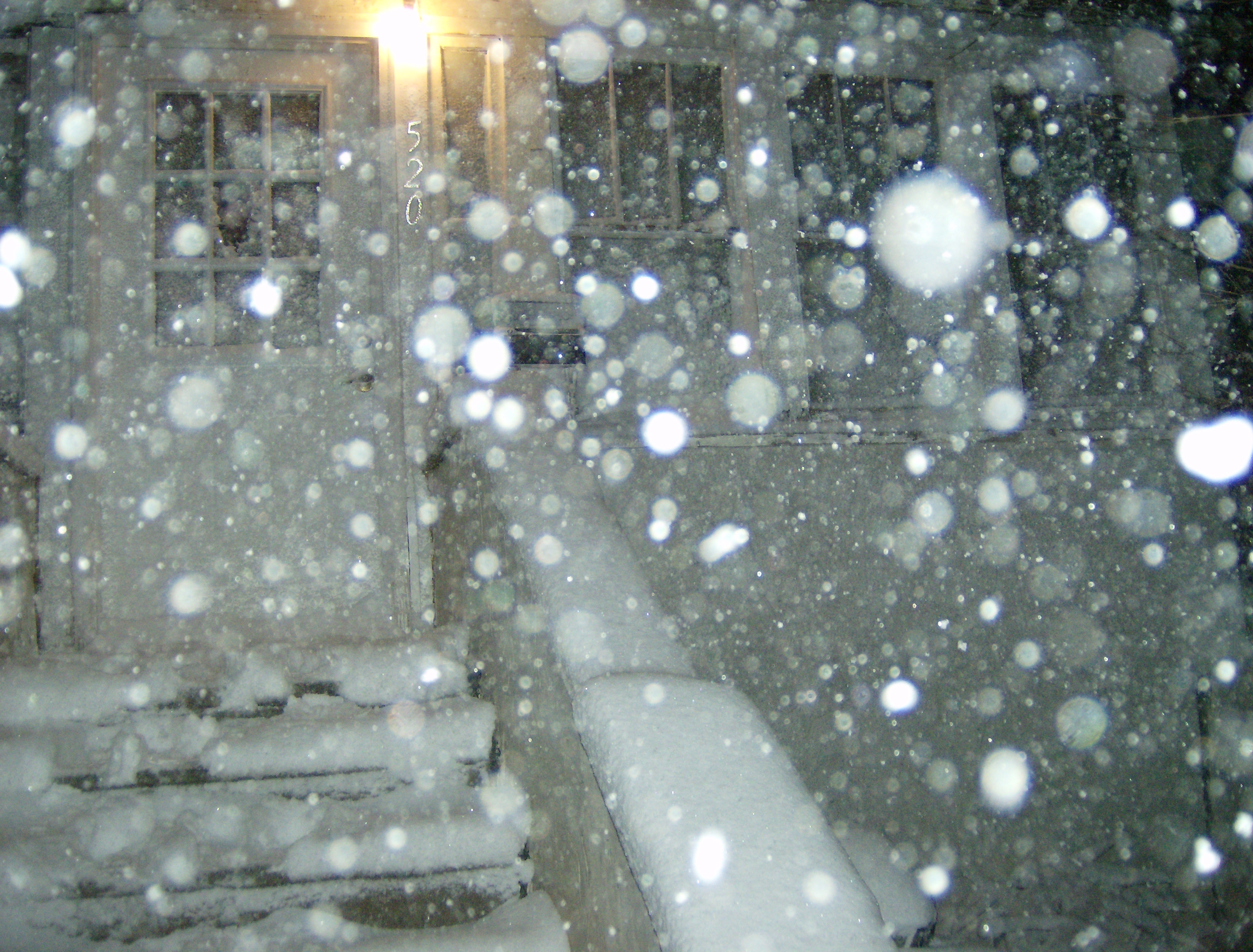 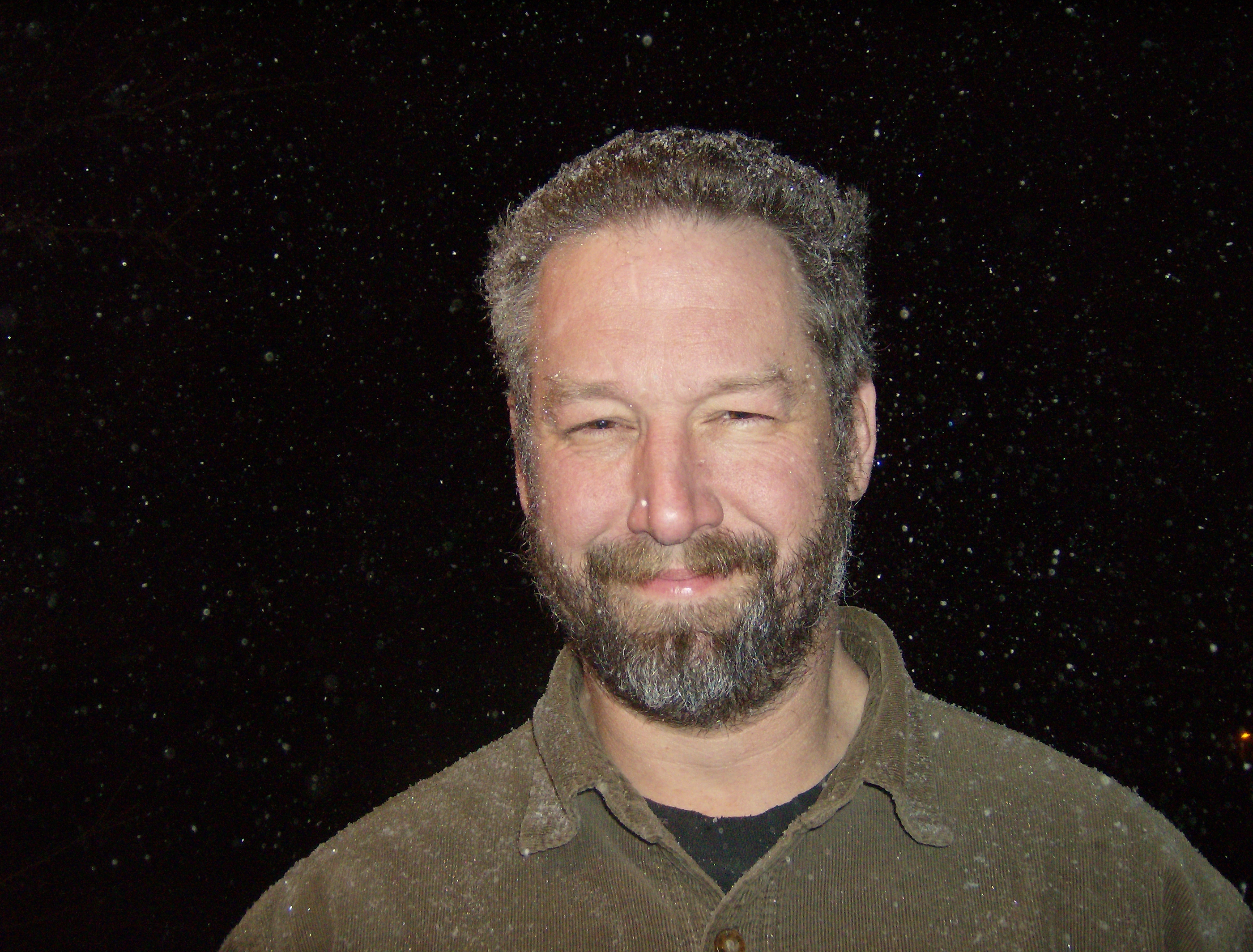 Then there was the foot of snow this morning!!! 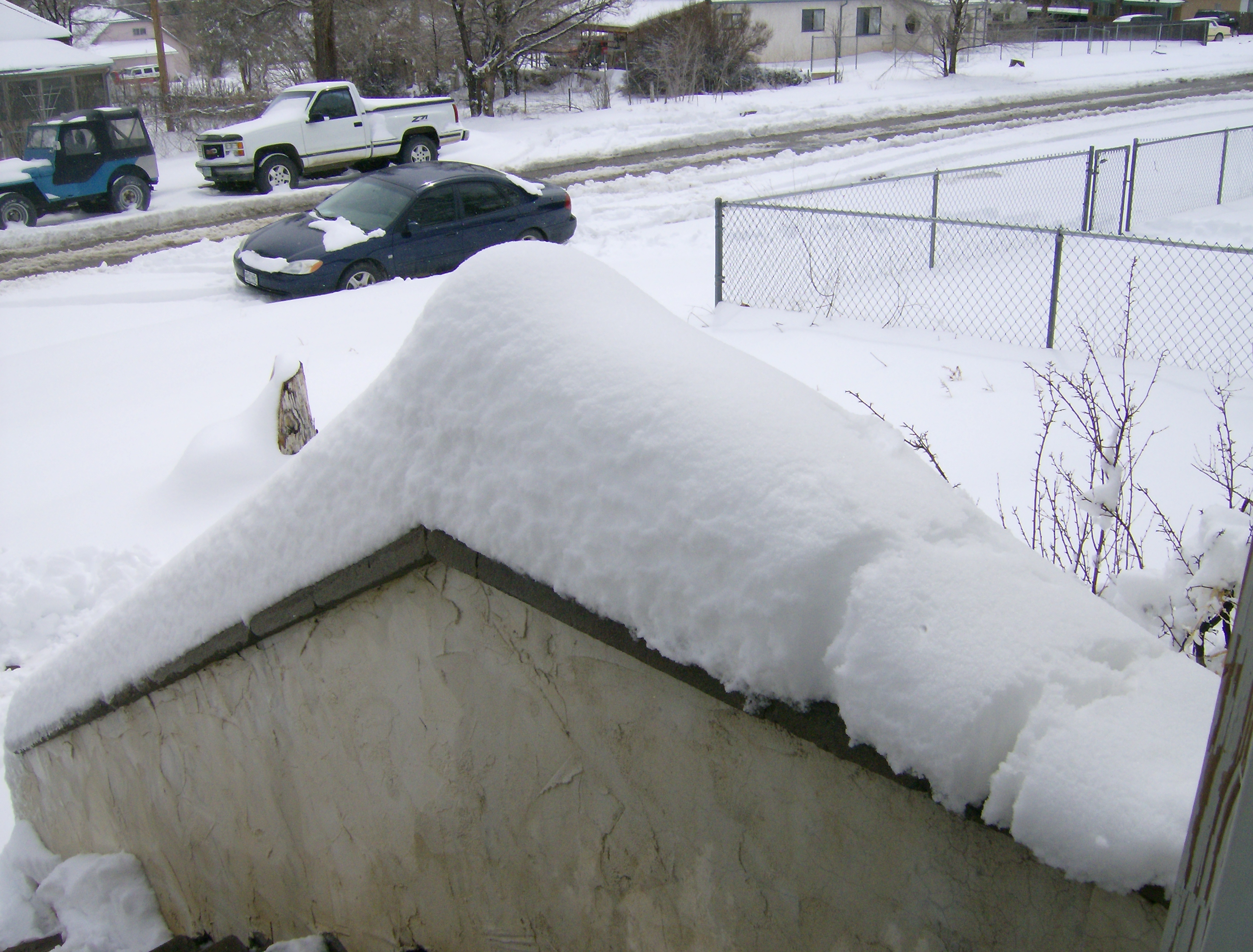 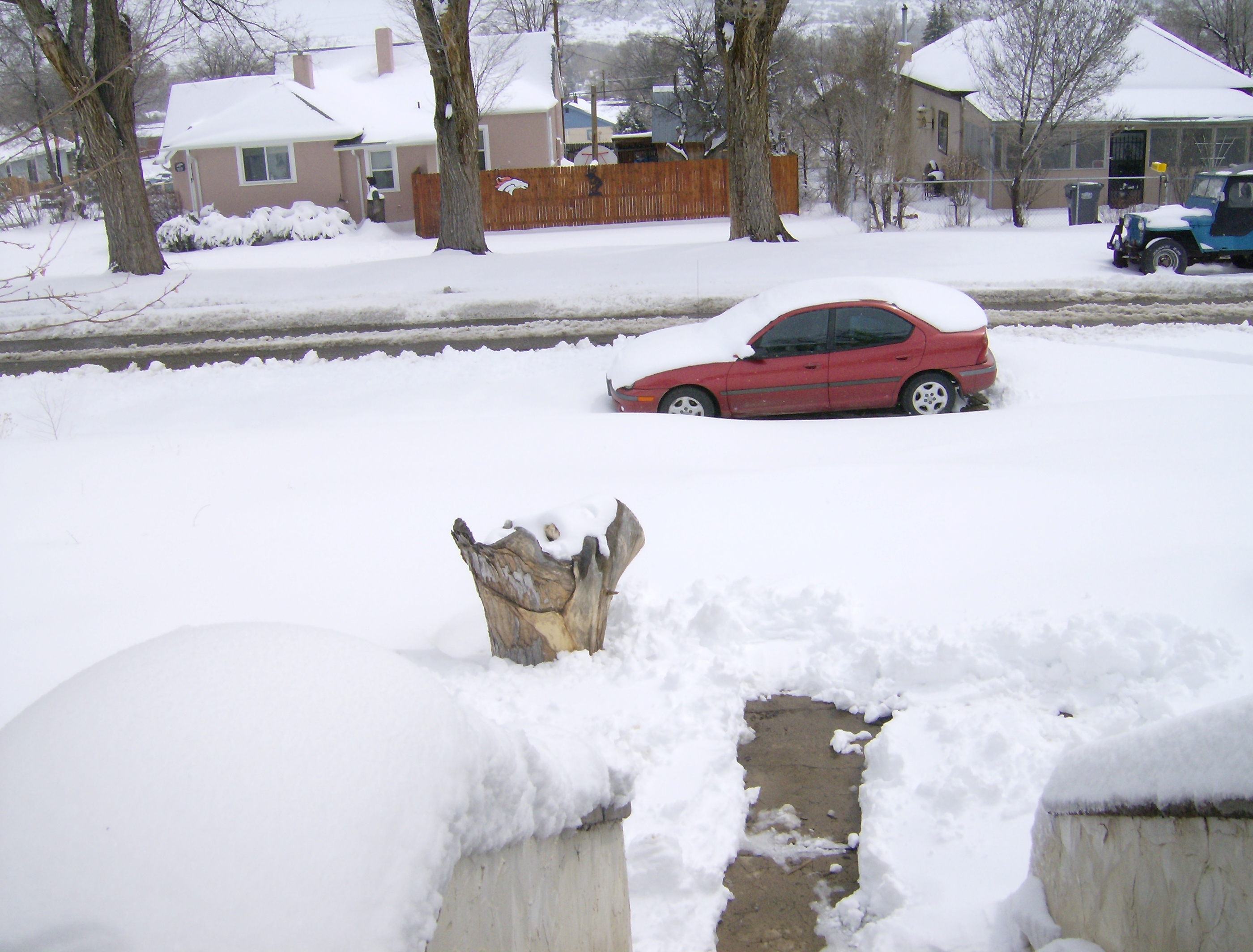 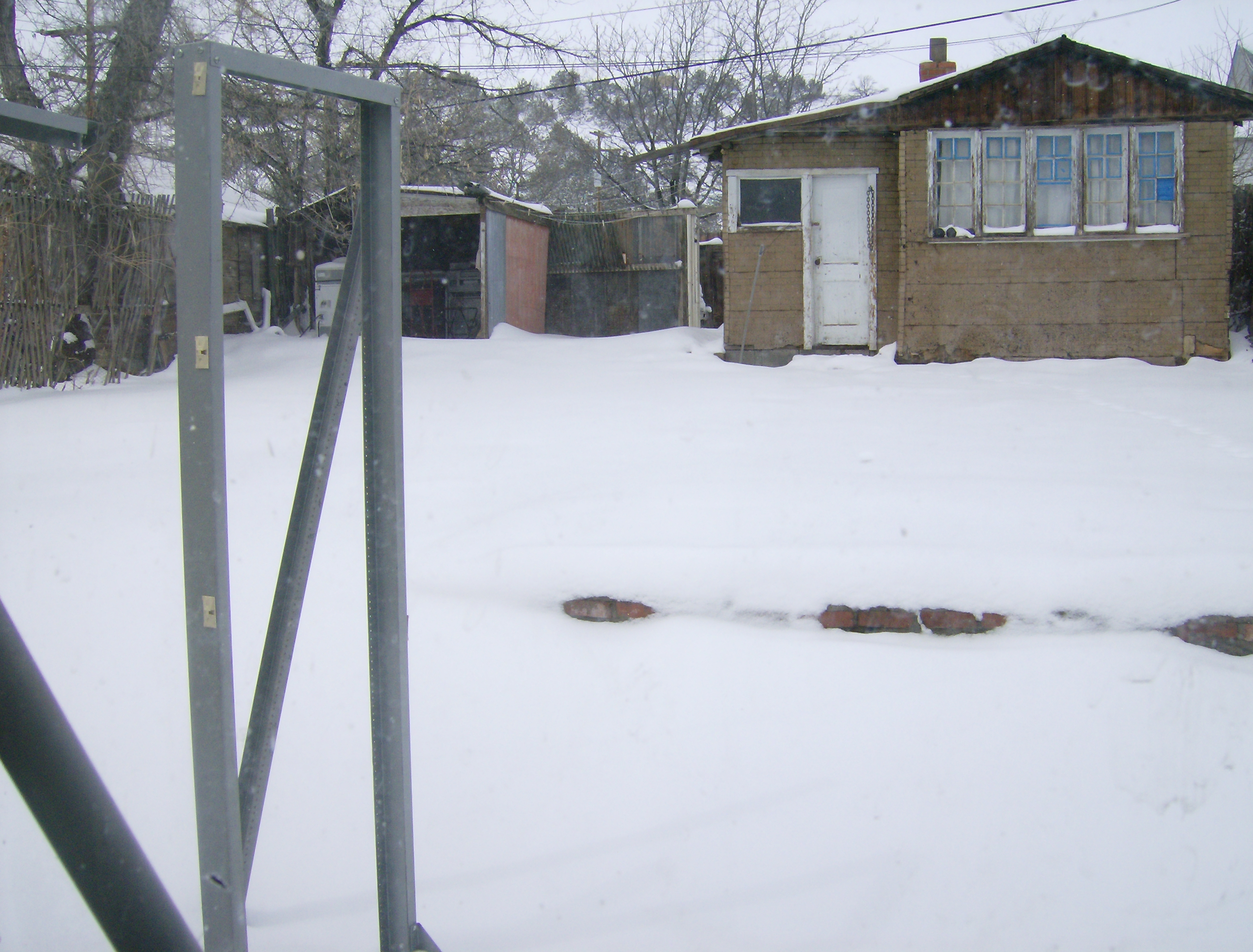 For nearly three years, I have dealt with a horrid paint job in the bedroom. I’ve dreamed of various things that I wanted to do with the room. We even found dragonflies lights and pins to use. Worst thing was the wait. Too damn cold.  This week with the warm weather, I finally said to hell with it. We bought paint and attacked the room. 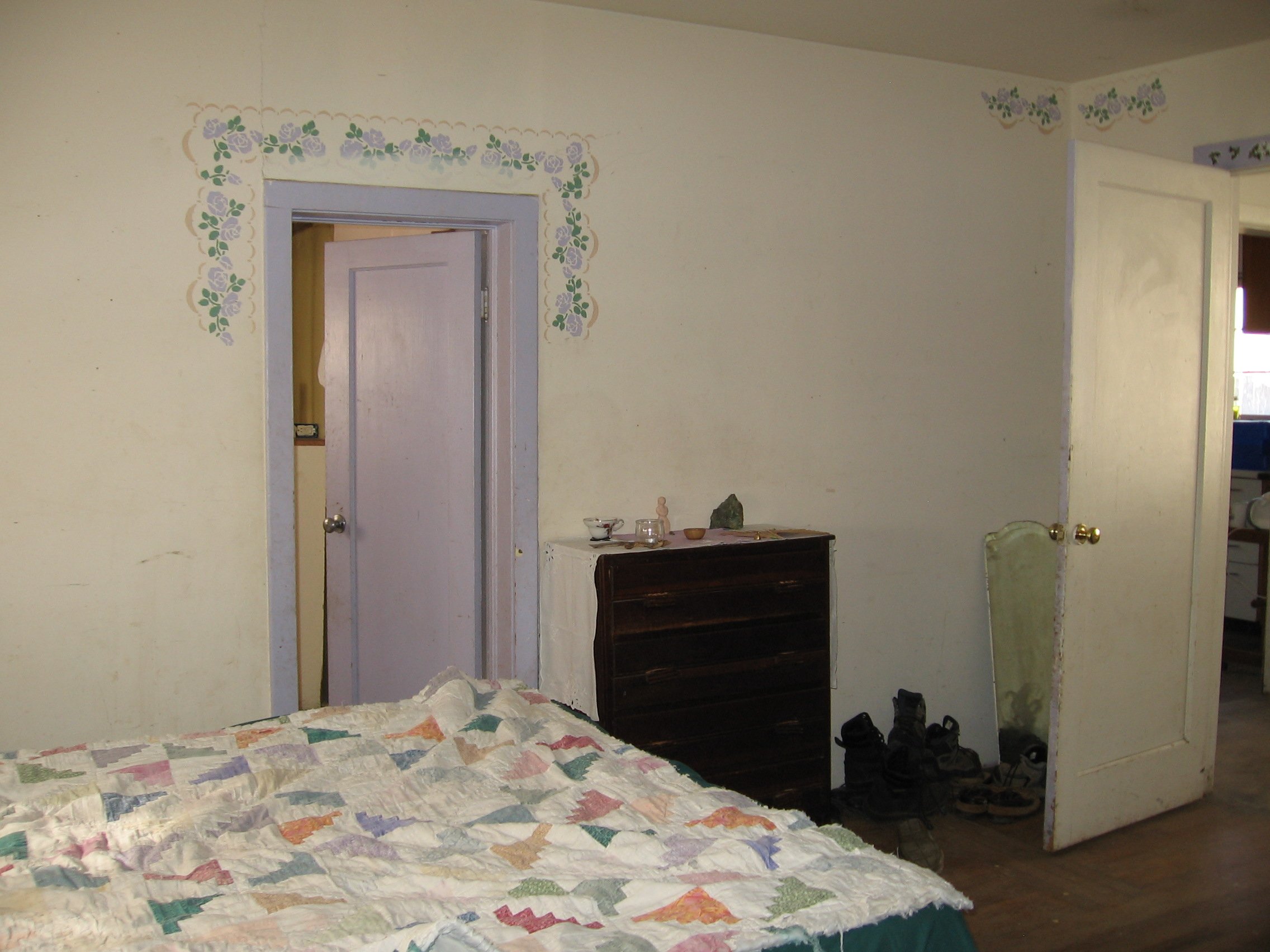 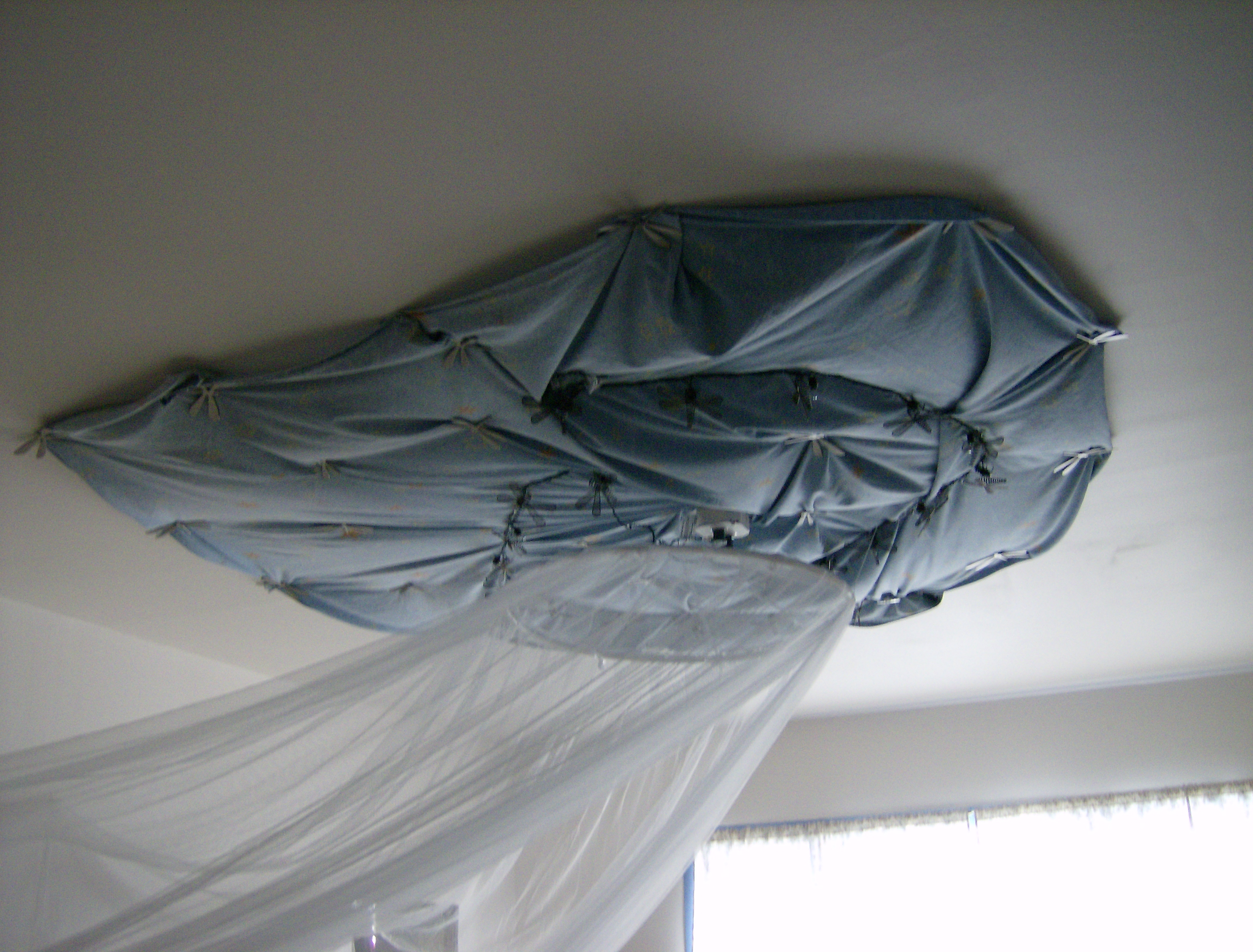 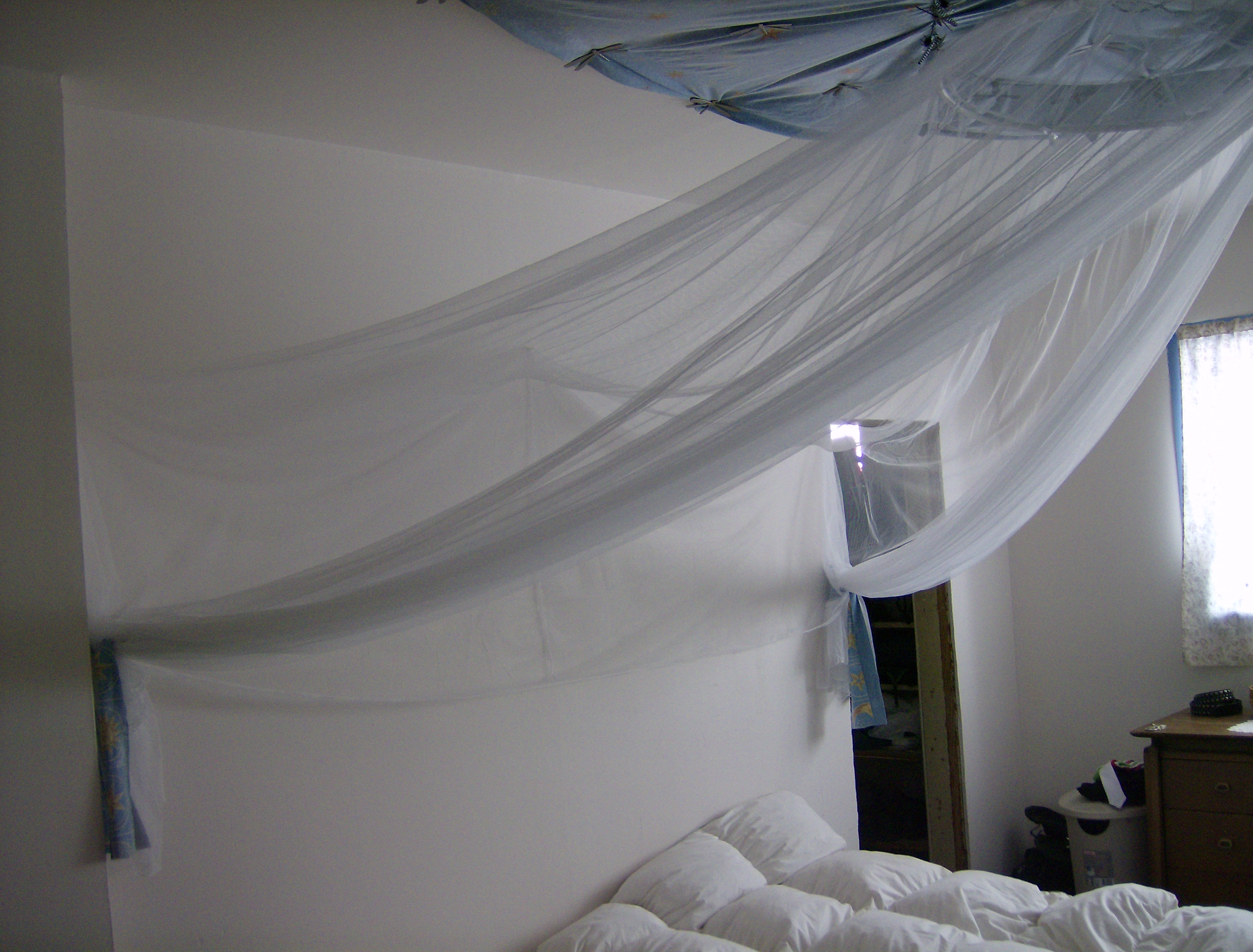 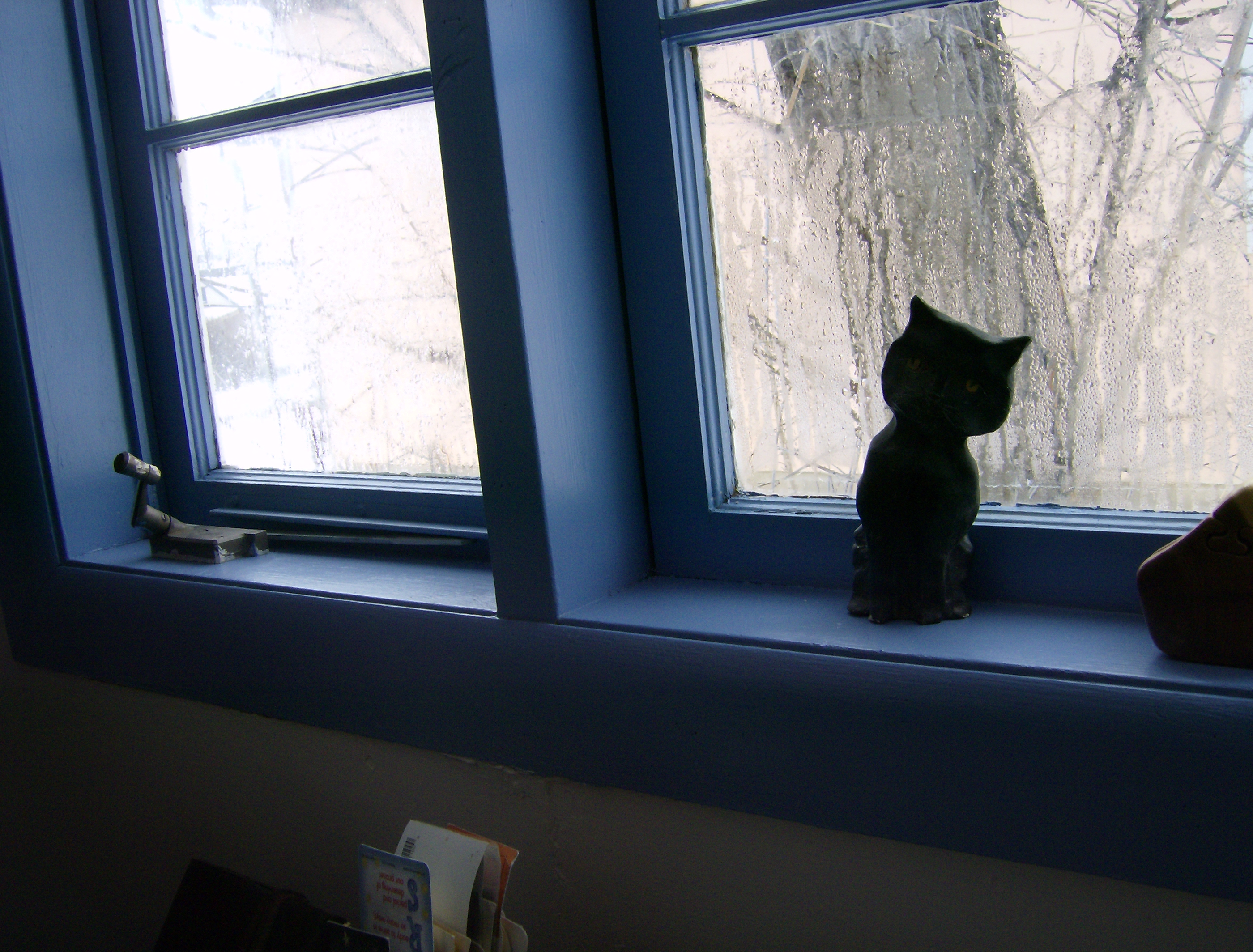 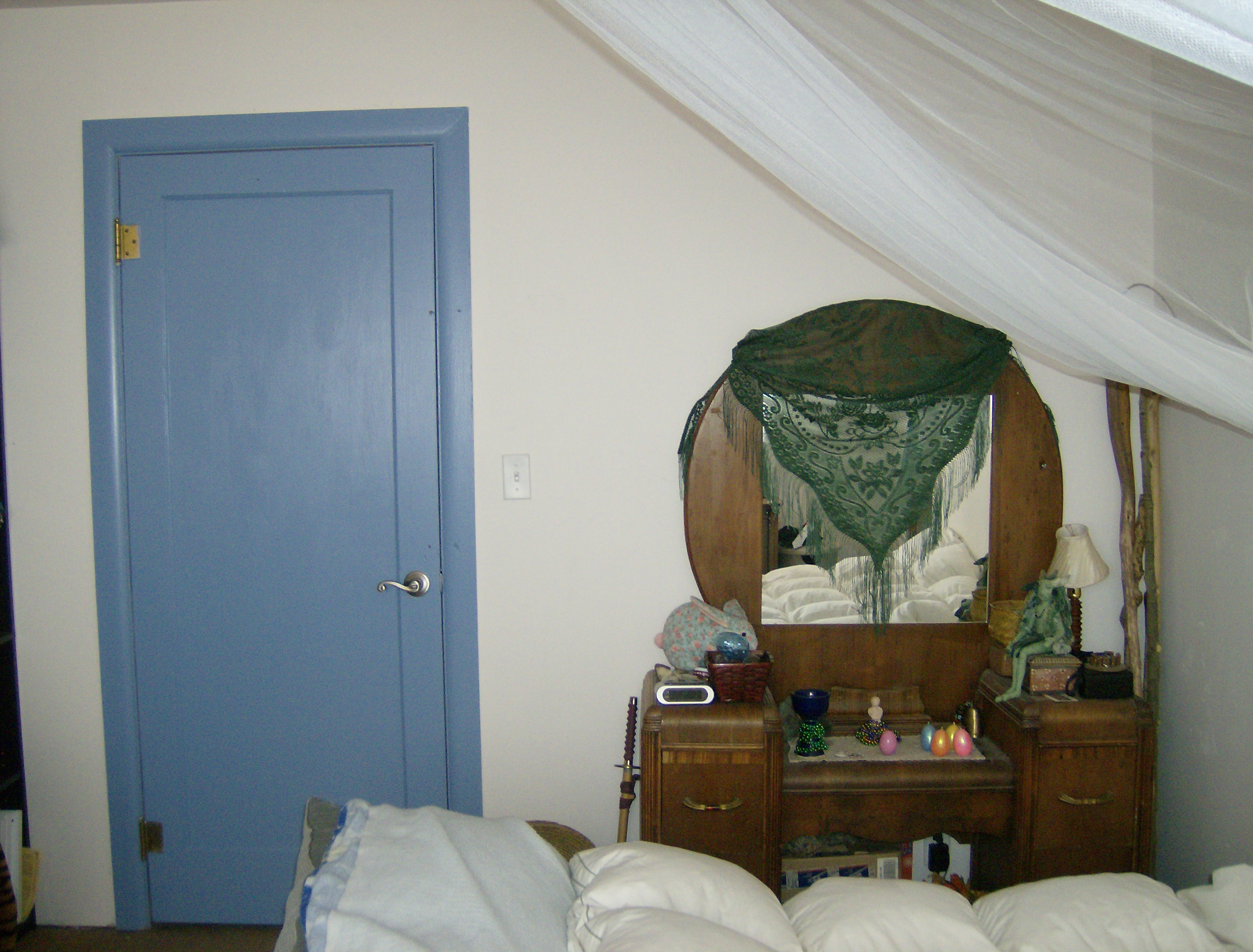 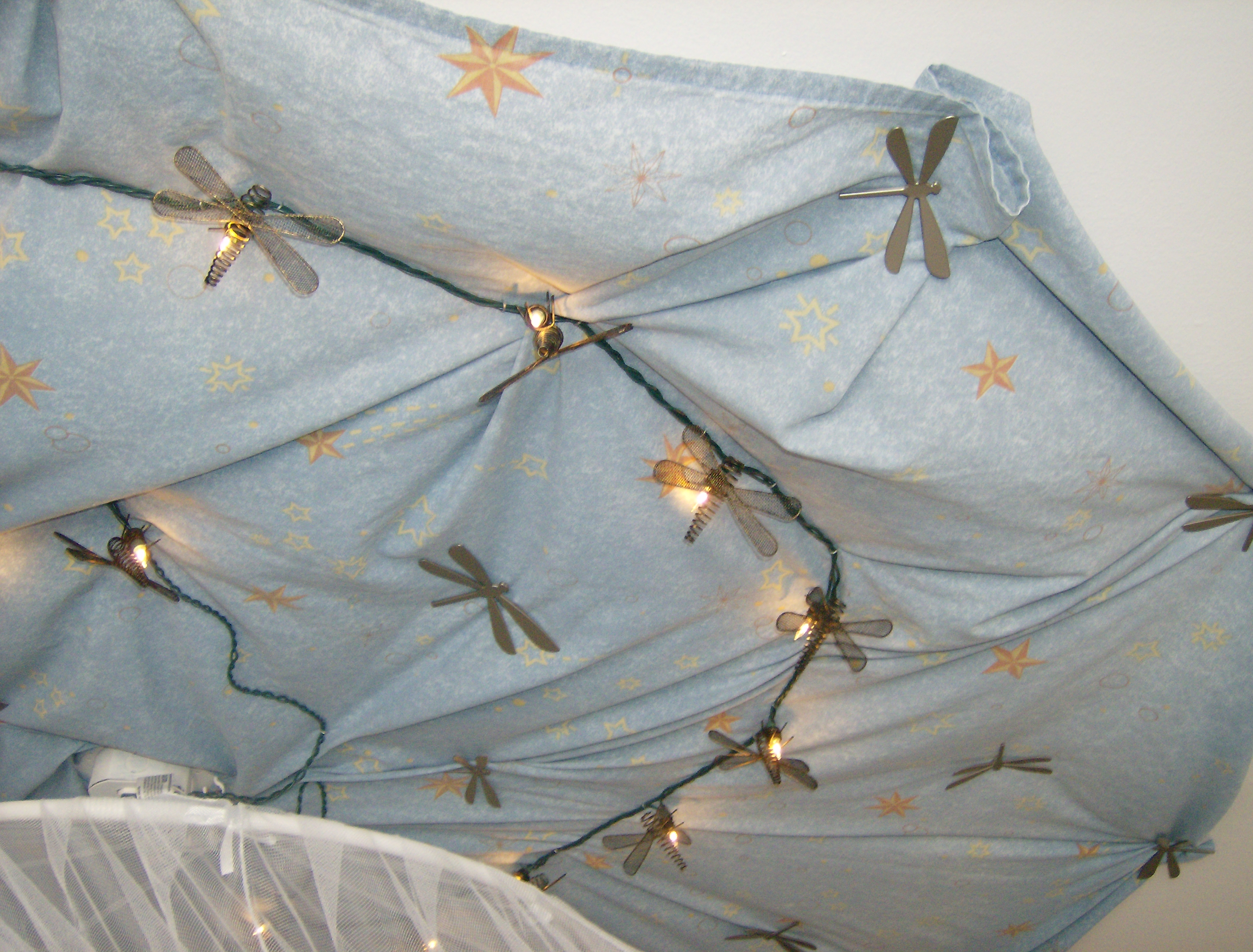 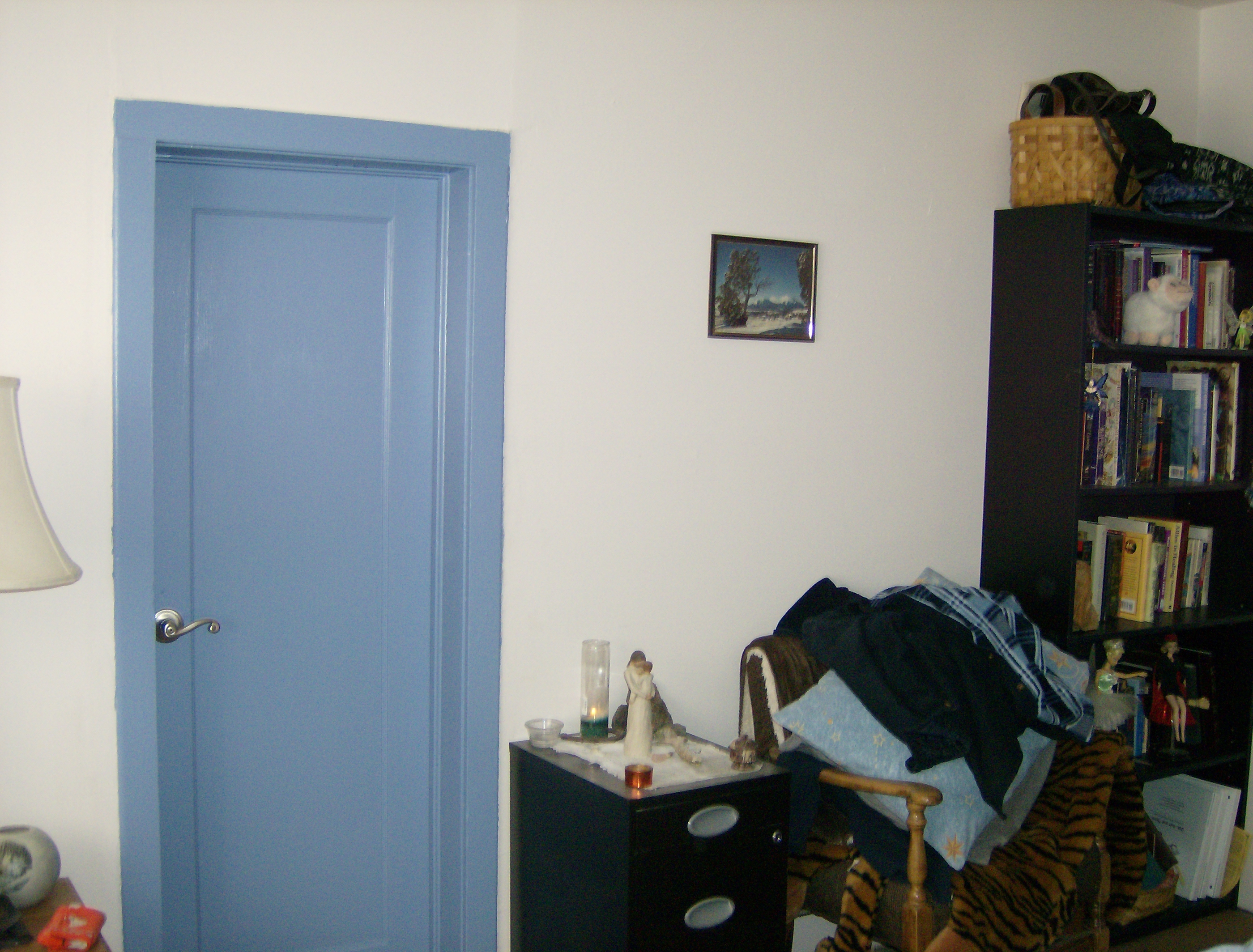 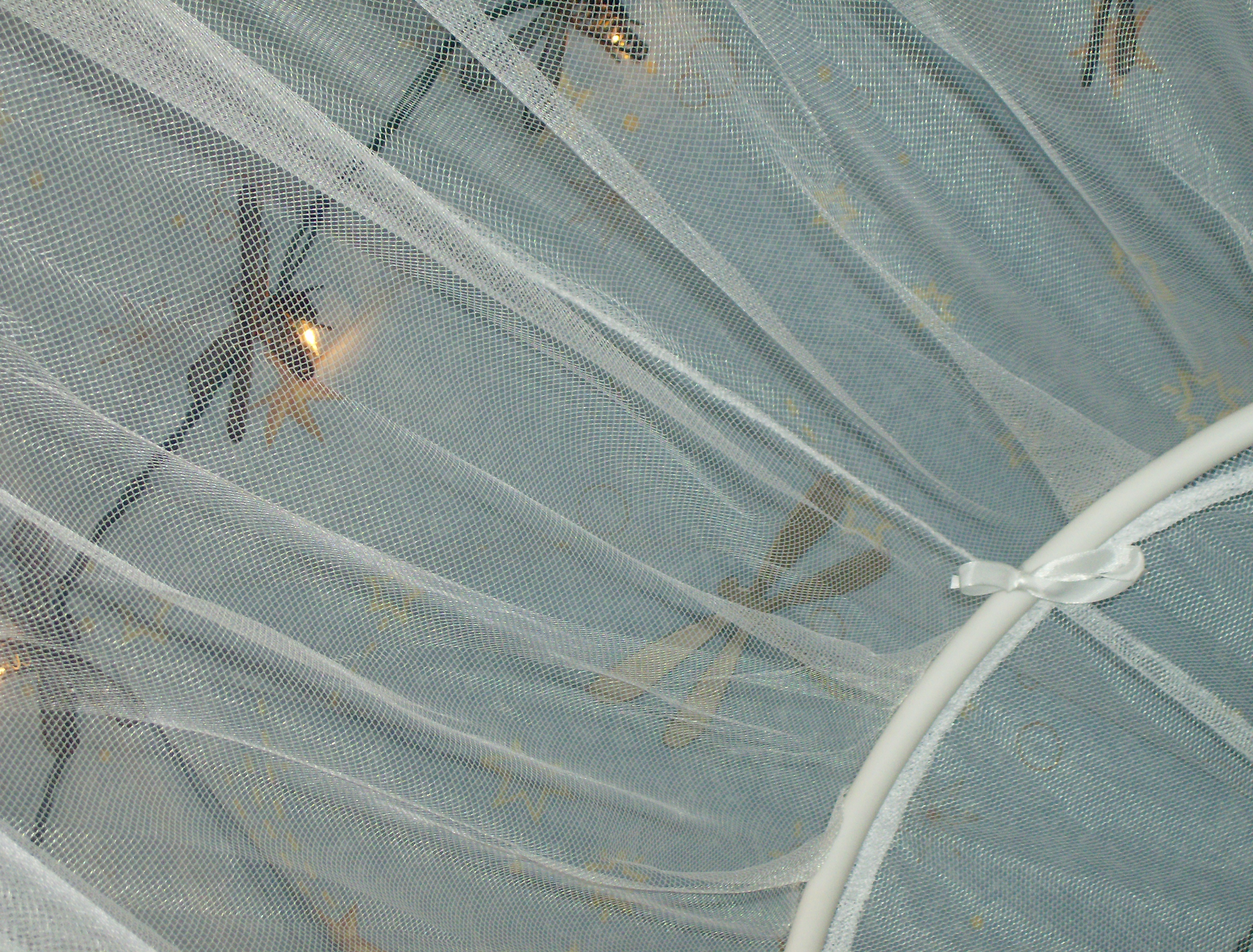 We did new paint on the walls and the doors. New door handles and then the cloud of fabric on the ceiling. Onto that went two strings of dragonfly lights and lots of dragonfly pins to hold the fabric up as needed. Then a canopy which is tented and held up with ties on the wall. I love laying in bed with the lights on!!!! 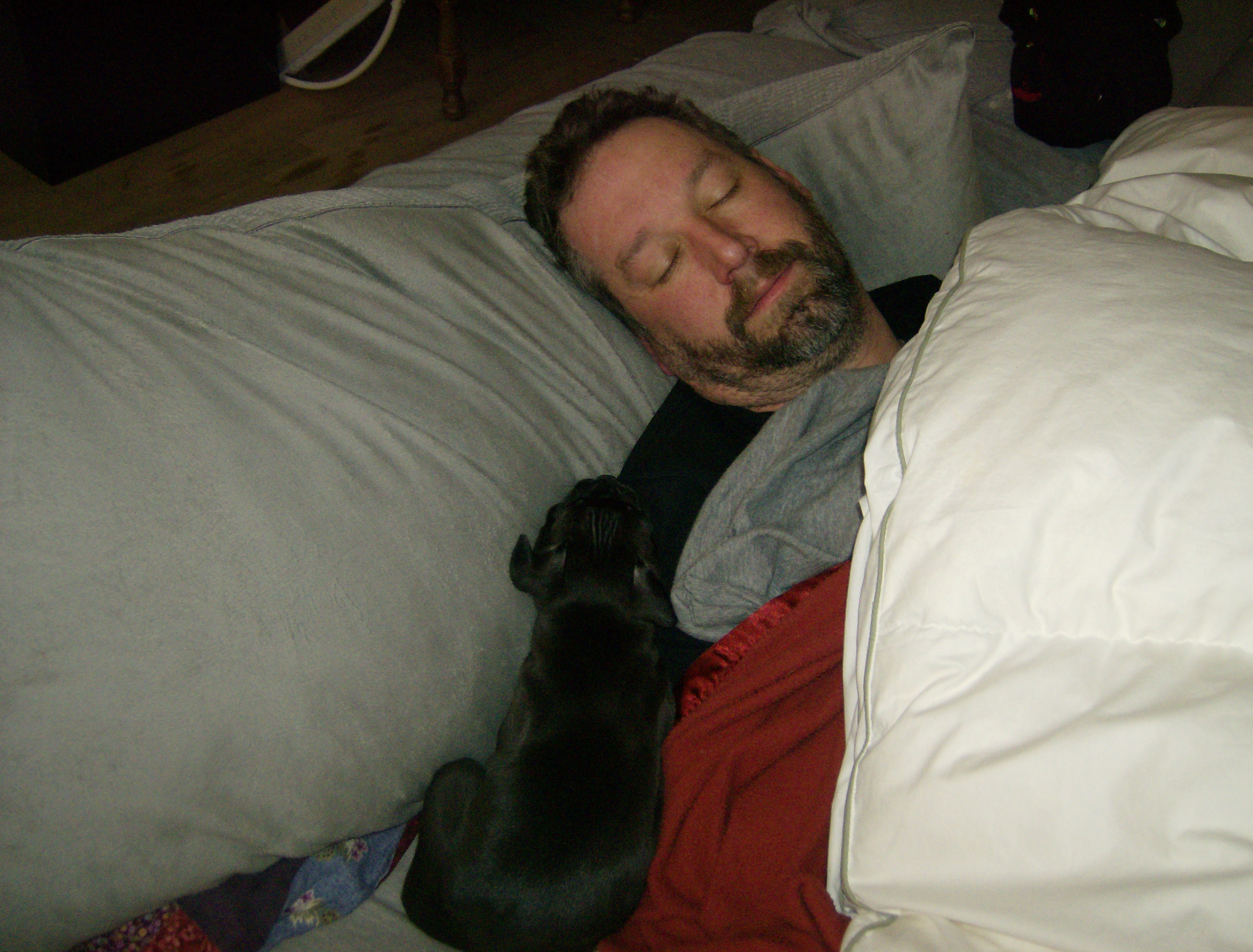 I finally got all the pics off of the camera. These are pics of the puppy Daniel brought home about 10 days ago. We call him Nibbler. 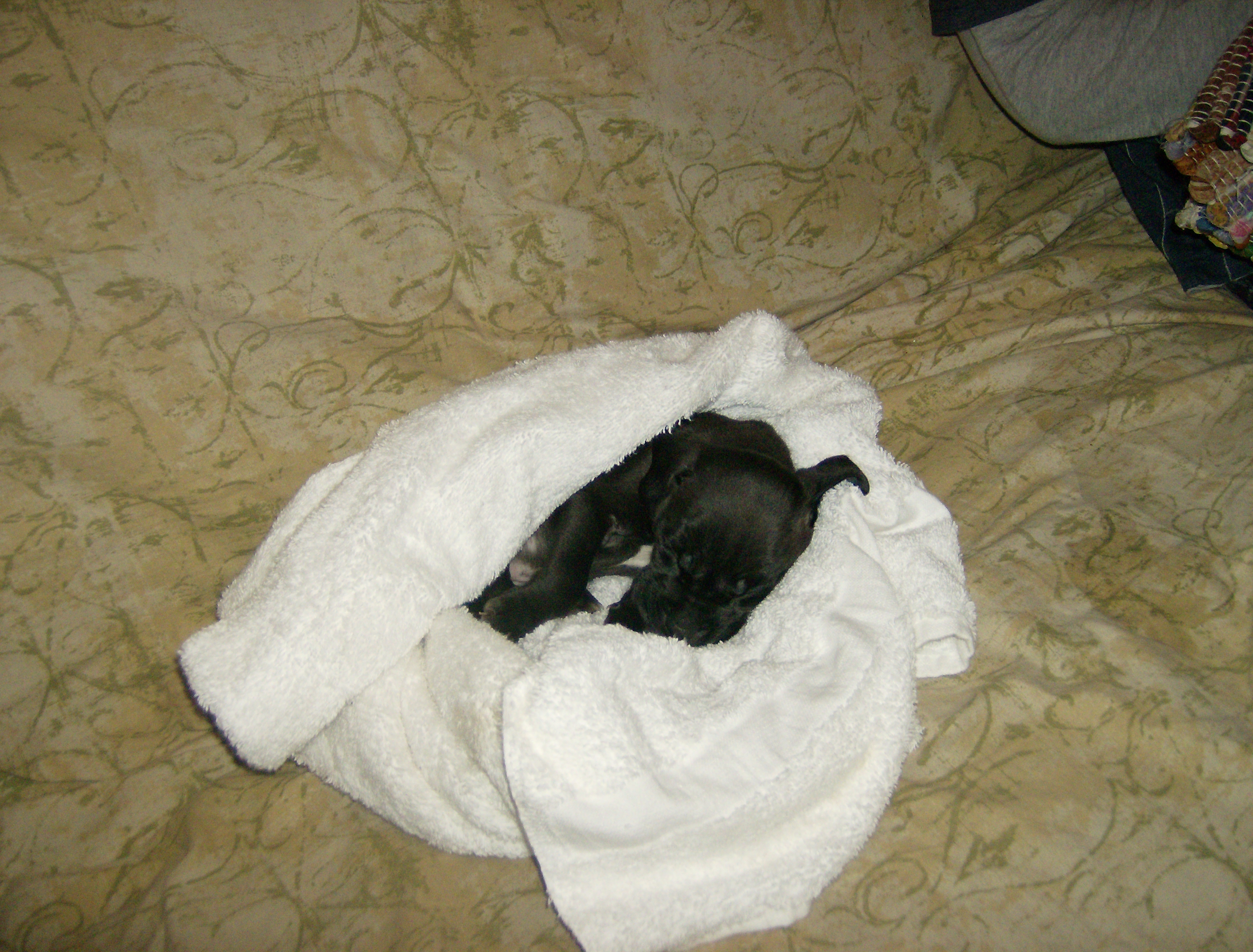 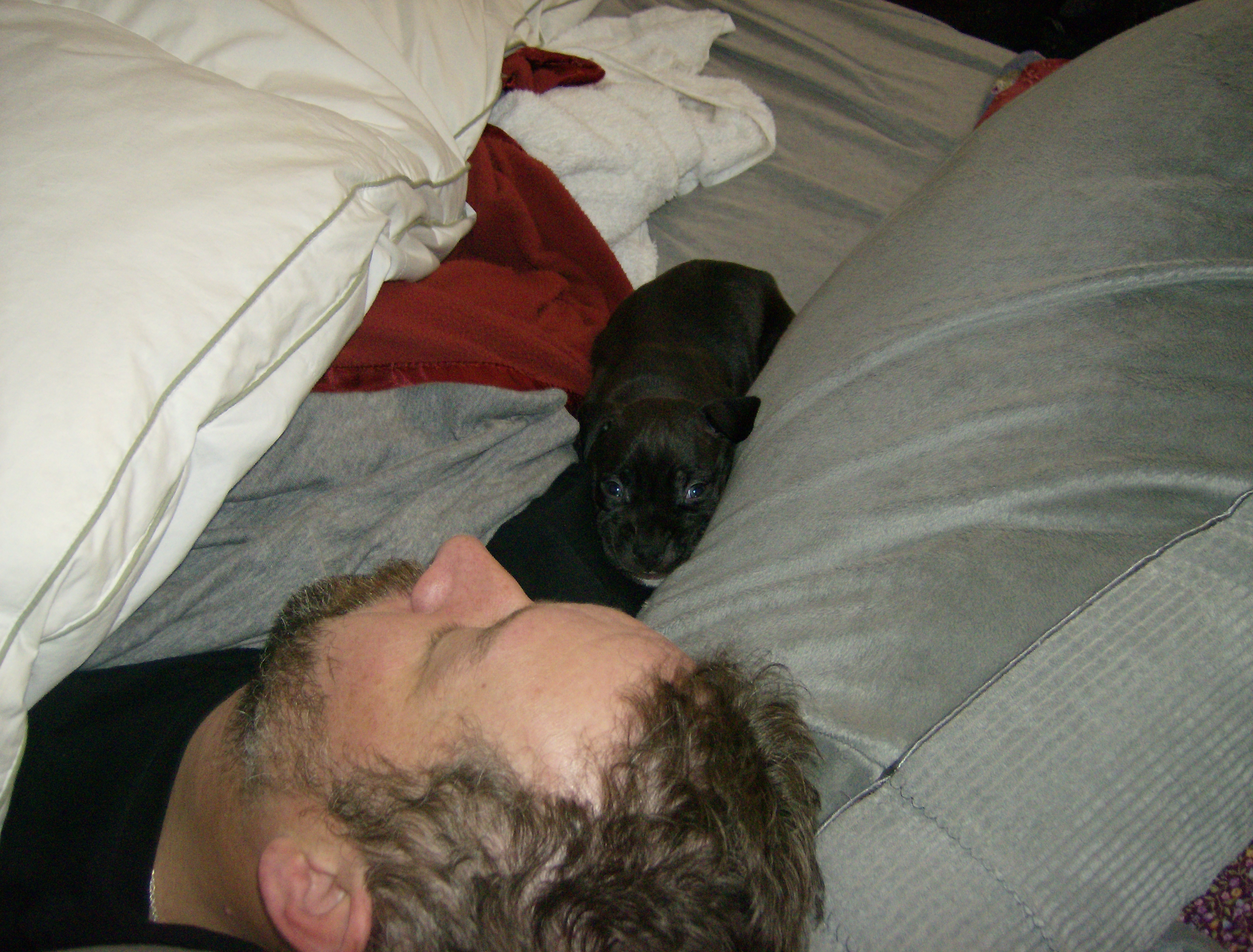 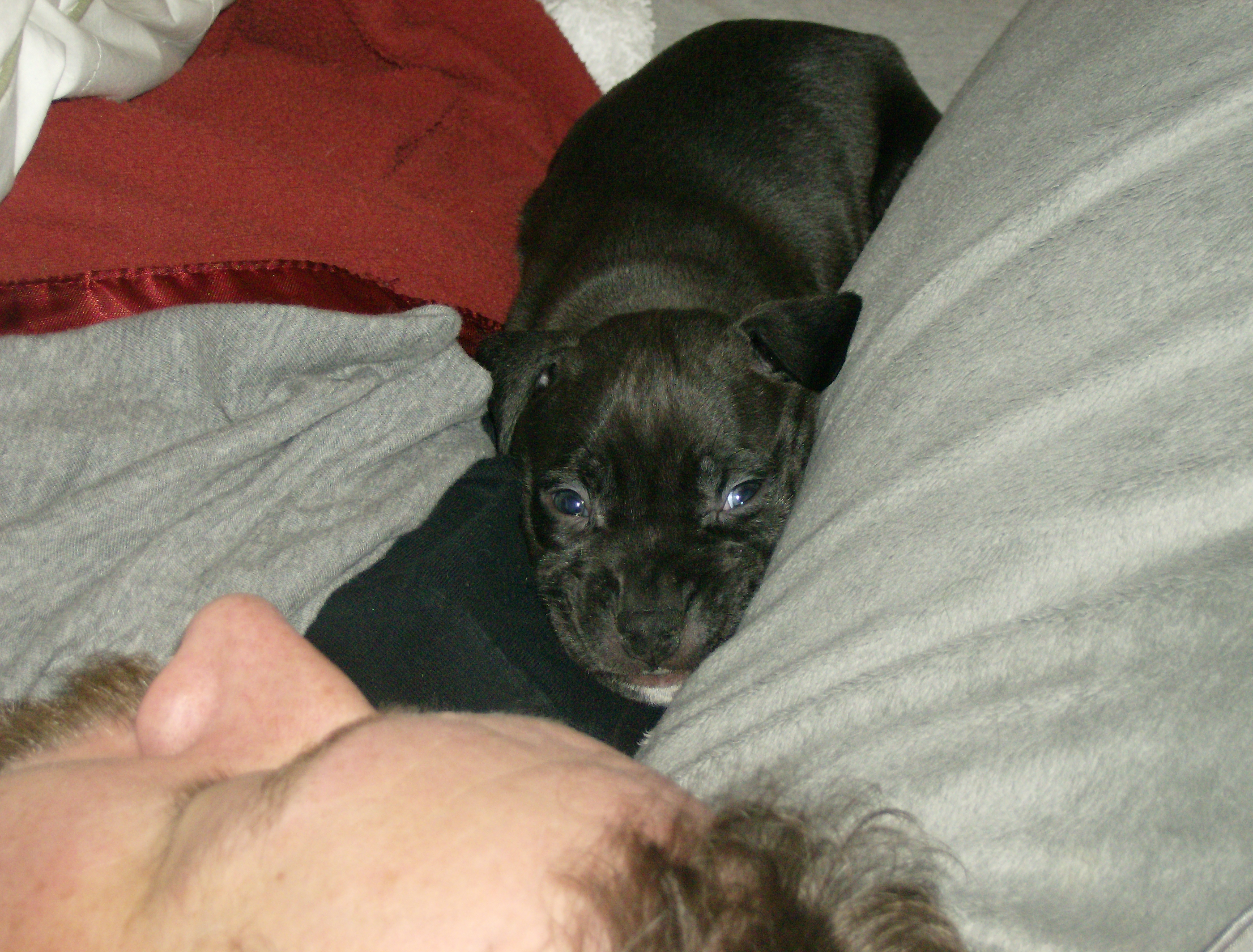 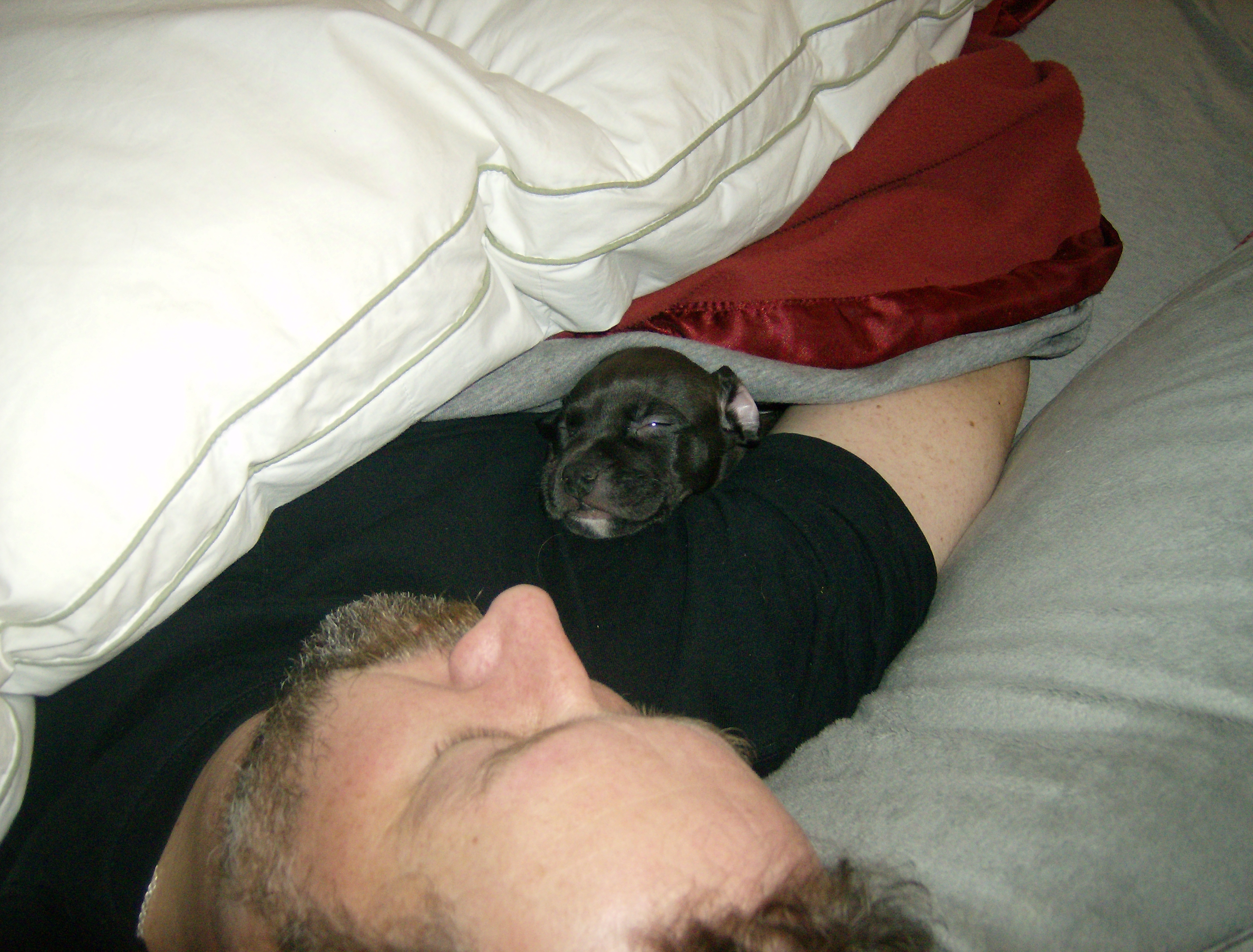 One minute I was watching the groundhog see his shadow, the next it’s Daniel’s birthday. All I could think was who took February???

It really was a busy month. Morgan one a CCIRA award for a short story she wrote. Dan was already going up to Denver to visit with his girlfriend, so we all went. Ian, Morgan, Dan and I headed to Denver. We stopped in Pueblo and got Morgan a dress. It is really pretty. Two different hotels, one with a pool. 🙂 We picked up Ruth and went out for dinner and then played in the pool. 🙂 Everyone had a great time. Next morning, we got up and after getting lost a few times made it to the Award Ceremony. She got her award, and we then changed clothes and headed to the Denver Art Museum. Lots of cool stuff like a bungie cord maze,  red foxes in a dinning room setting and art… A lovely time.

I got home just in time to turn around and head to La Junta for Census Training. I have a job with the Census. Bad part was that it was SNOWING!!!! We were suppose to take Ian back to Alamosa, but the car died. We decided to turn around and poof, the car stated. So, I borrowed Daniel’s car and Dan and I drove to La Junta. We had a lovely soak in the hot tub and a nice swim before we crawled into bed. Training was okay, and we came home Monday night.

That week I was suppose to have a break from school. I did. I just spent most of it in bed sick. akkkkk!!!!

Caron and Ian came down for Valentines day. 🙂 It was a nice treat. What was really nice was to be taken care of for a day while we both were so sick. The next week, we talked with Ian and realized just how unhappy he was at Adam State. So, we went and picked him up. Moved him right in. 🙂 To say he is happy is an understatement.

The next week, I had more Census training. Which brings me back to this week. Our first day of real Census work was Monday. It snowed. I think we got a good 5 inches. I am an assistant crew leader, so I help with handing out census forms as well as do sort of mid level admin work. The next month is going to be very busy as we hand out a form to every person in the county.

Oh!!!! I made my favorite cake with carob tonight for Daniel’s birthday. As far as everyone else was concerned, it tastes better than the chocolate version!!!! I am so glad, because I have missed my cake!!!!

Now that I have finally caught up, it is bed time!!!