And I probably won’t get caught up till Monday.

Tuesday was hectic, as was Wednesday. It was big Morgan’s birthday. Then there was Thursday.

I had the asthma attack from hell. Don’t know what set it off, but about 3am, I started coughing. I remember feeling really cold, and then coughing more. Finally fell asleep, and the alarm went off. I tried to get up and dressed, and all I could do was cough. Not too much wheezing, just coughing. Finally ended up on the floor half dressed coughing. Crumpled. Next thing I know, Dan is asking me where my inhaler is. Gods… hadn’t used it in a year or more. Remembered that it was in my handbag, and Dan went for it.

Does anyone have any idea of who the sick sadistic bastard is/was that invented an inhaler for asthma? There is nothing harder than trying to suck in meds from an inhaler and then hold your breath while you are coughing and wheezing. It took three hits before I could breathe. Dan helped me up off the floor and then he went to take the kids to school. I crawled back into bed, used my inhaler once more and then fell asleep.
After that, my day consisted of:

I finally got a bath because I couldn’t stand myself.  Erin, Morgan and Logan dropping by to visit and I managed not to fall asleep while they were here. Morgan did work on my back which helped. She does massage. Later on, I was falling asleep mid sentence when Dan was trying to talk to me. Gads. He has this talent for putting me to sleep faster than I can say “wait!”. The man is magical when it comes to sleepy vibes. I found out about this not long after they moved in with us. I’m not the best of patients in the world. In fact, I’m a nuisance as I wander. Even though my body is out sick, the mind still tries to function. When that happens, I try to get up and have a normal day. Baddddddd combo! Especially when I have a migraine.

I went to bed early on Thursday, and slept late Friday. So, no work done. Friday wasn’t much better. I wasn’t coughing, but I felt like a wrung out noodle. Daniel came over with Oscar. I couldn’t cope with Oscar, so he went and picked up Brandy. She is a sweet puppy and much easier to deal with than Oscar. 25 pounds vs 85 pounds. We went to the hardware store and got the stuff to finish up the fence. The yard at 520 is now dog safe. Wheee….. which means I am one step closer to having Brandy here full time. We also went by and saw my mom. Brandy loves her.  Later that afternoon, Dan and I went out to Gardner to pick Little Morgan. She was on a school field trip. Morgan was also upset because Carol was leaving Gardner school. Carol is moving with her mom to Trinidad. 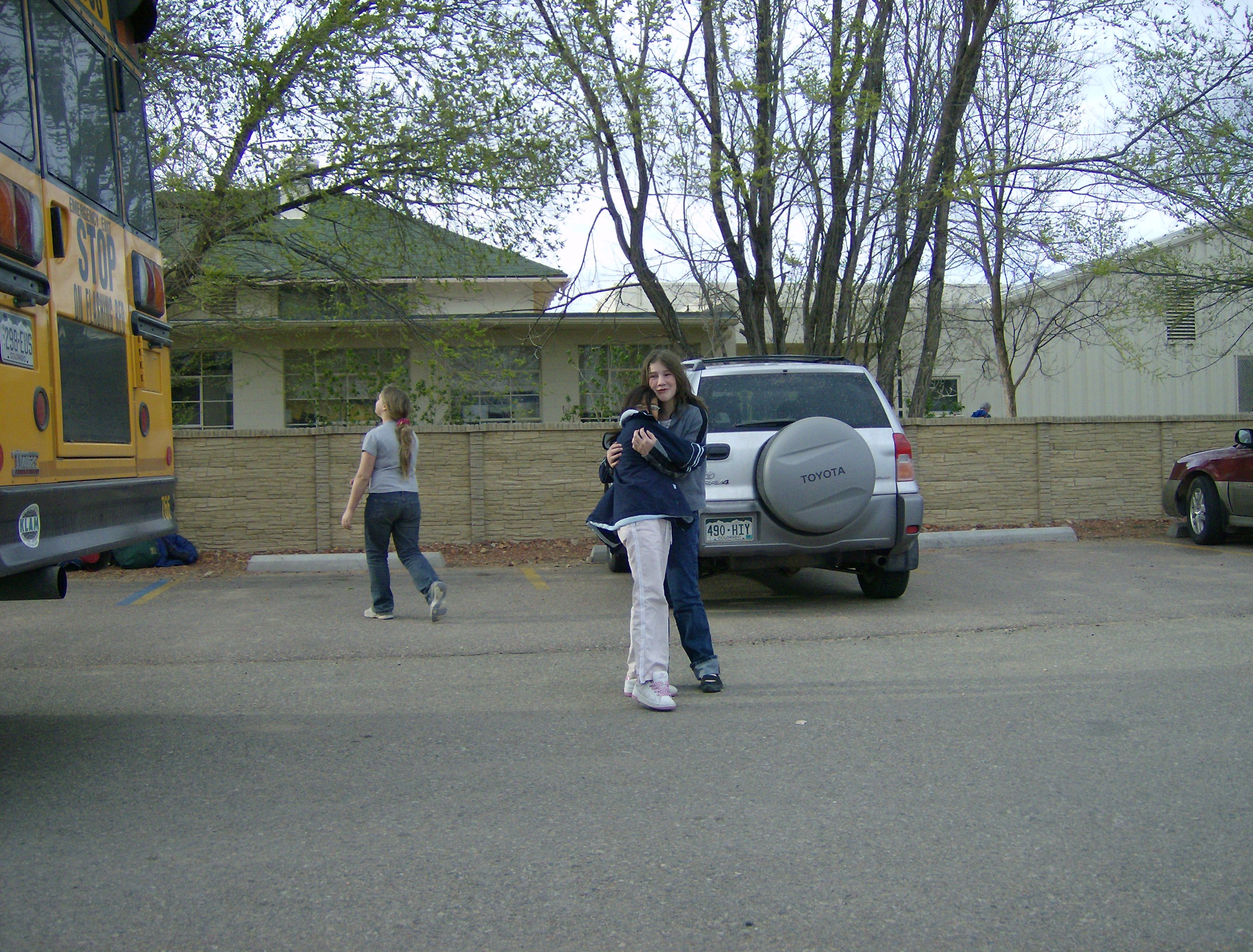 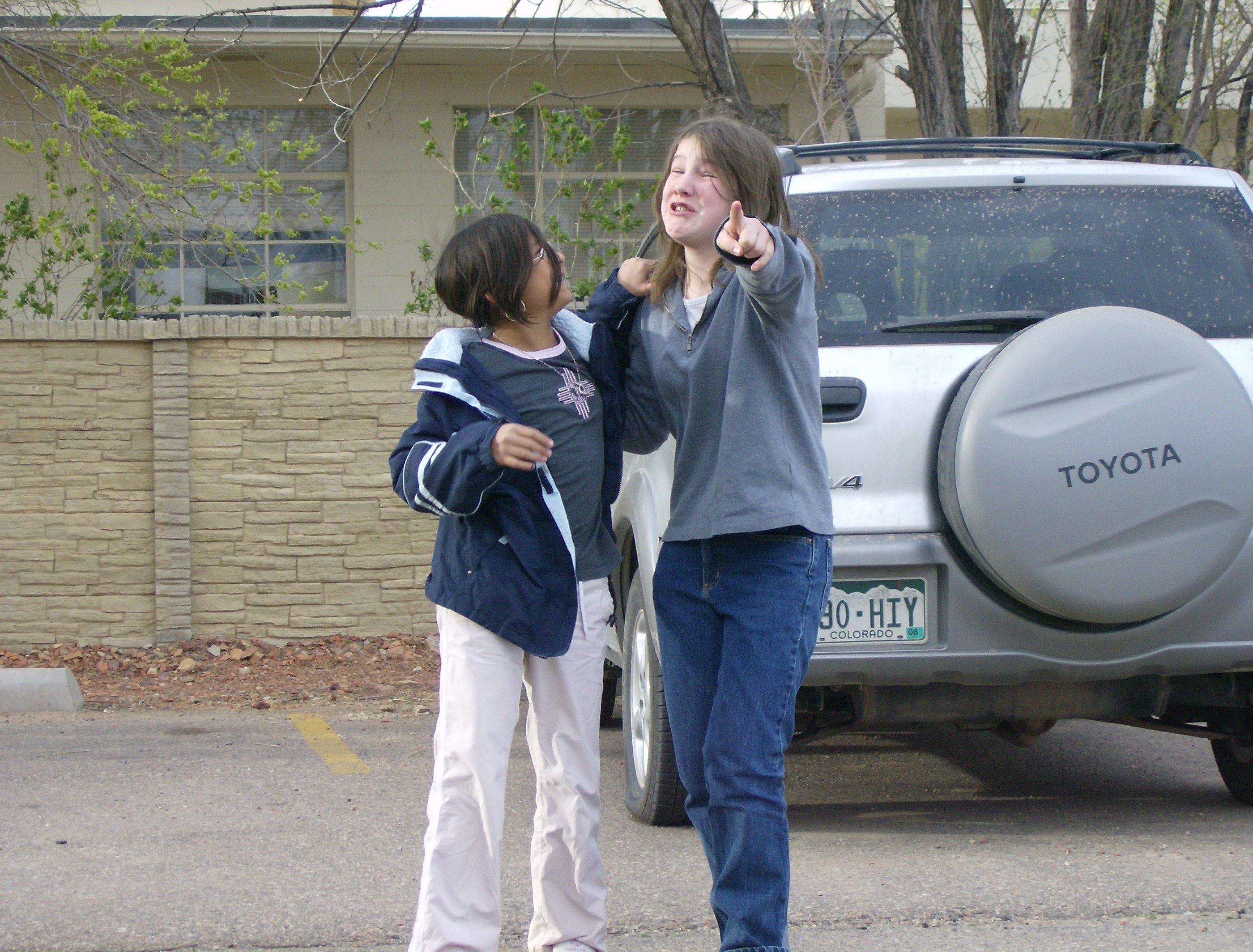 Friday was suppose to be an early night, but Erin and Morgan wanted to go to the brew pub in Trinidad. They brought Logan over and luckily, he slept most of the time they were gone.  He is such a sweetie and kept pointing to my office and saying “Nan! Nan! Nan!” because in his mind, that’s where I live. They finally picked him up around midnight. I think I stayed up 10 minutes after they left.

Today I actually slept in and even got a back rub! Little Morgan and I went over to my mom’s house after breakfast. I took the camera and got a few pictures of everyone painting and repairing the house. 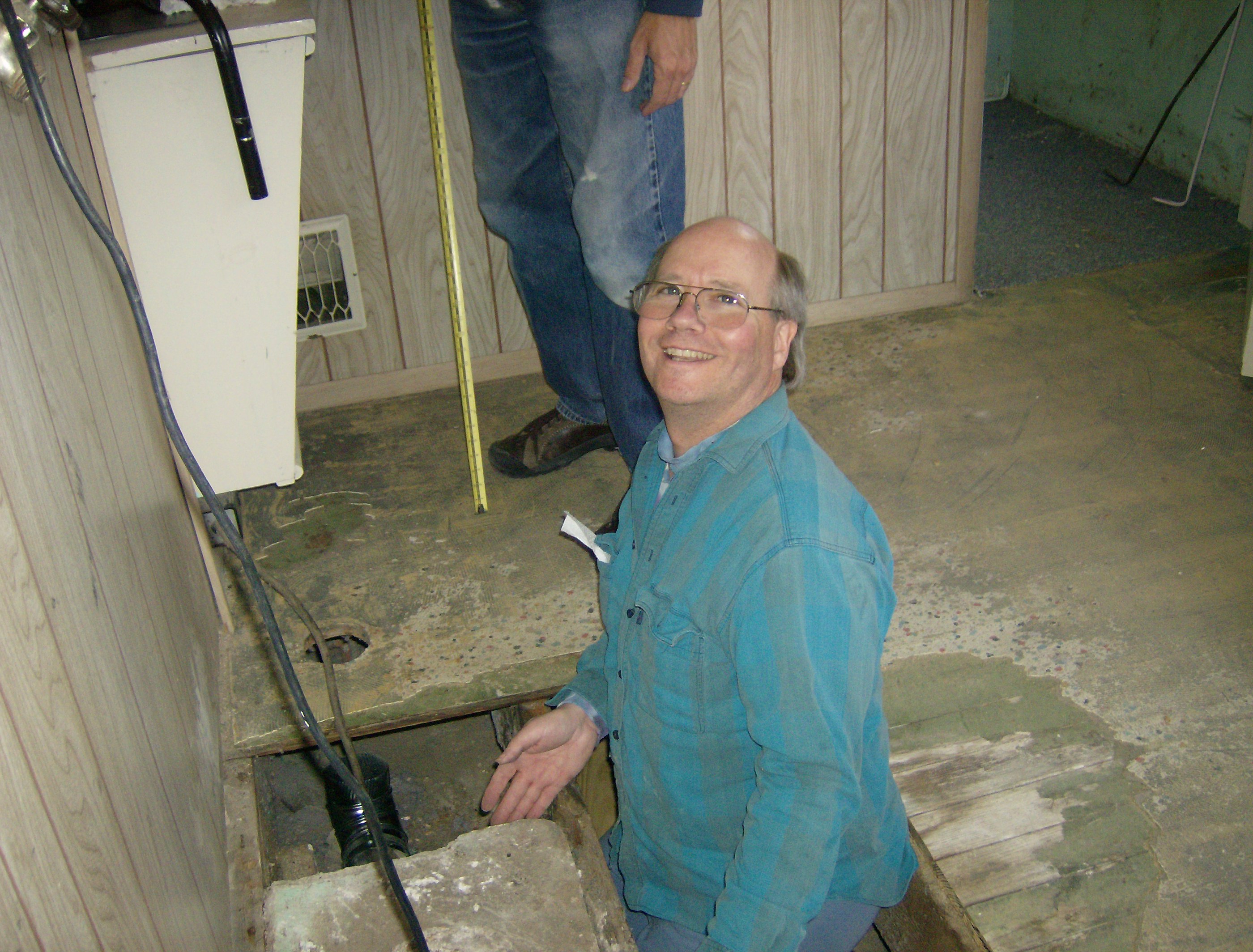 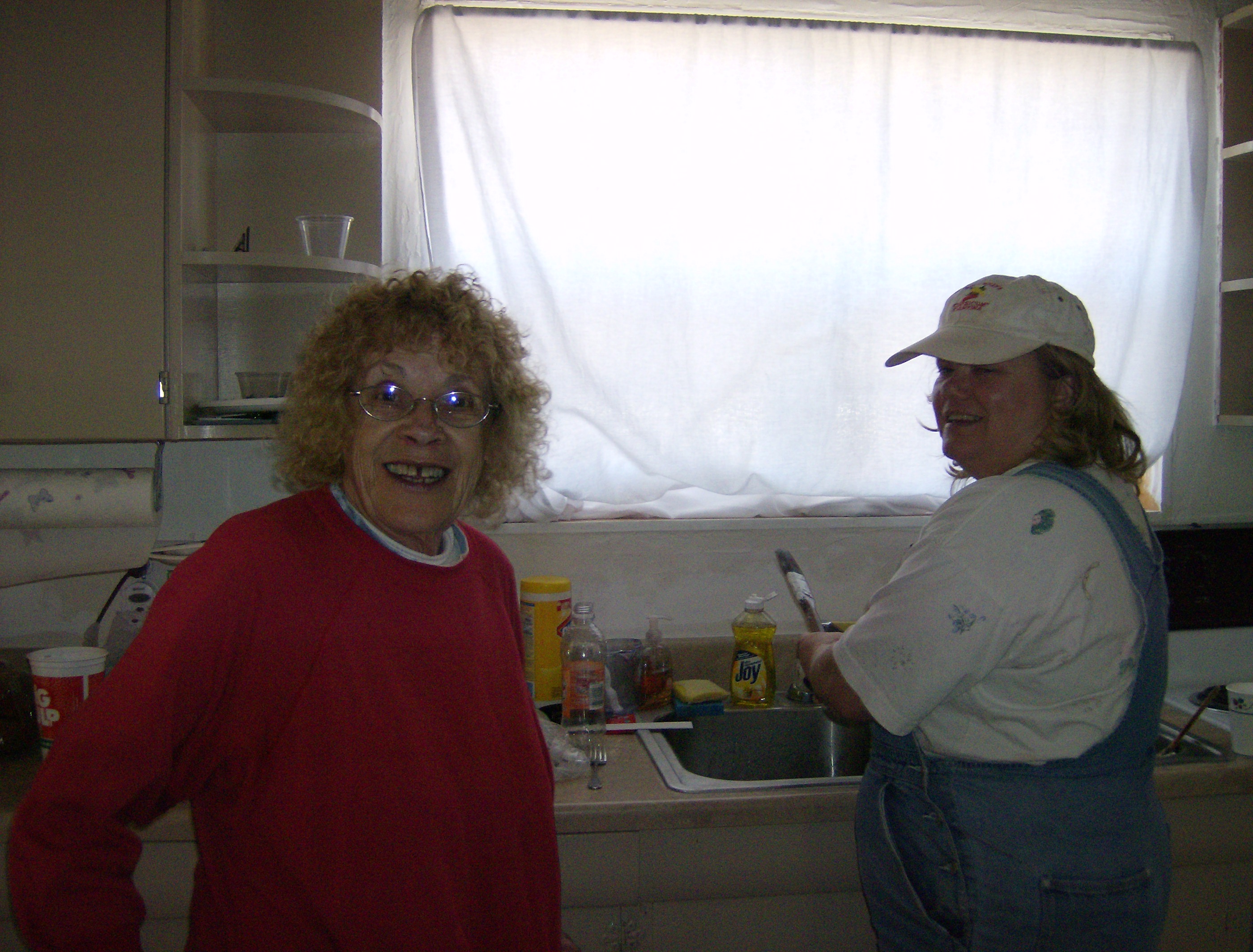 My sister Lori and her husband came down to help Mom. Bill was very polite. Lori was just plain rude. Barely gave me the time of day and actually left the room when I came in. What a pain in the ass she was. I was trying to be nice as Mom had requested it. I did my part. Oh well. At least I got a picture of her best side. 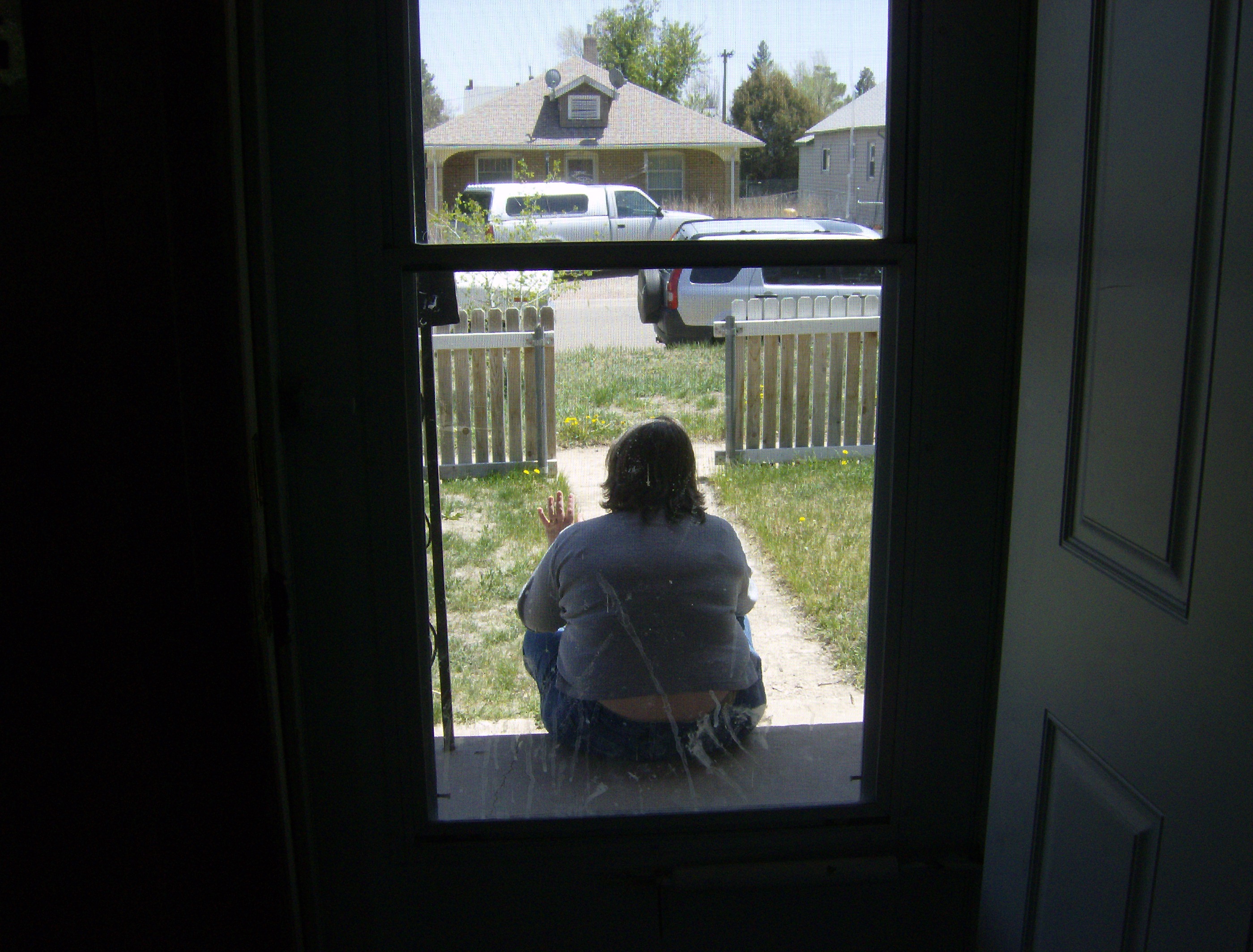 After I got back, Dan and I had to head to Pueblo. We had to get some parts for a tower assembly. Had Taco Bell for dinner. After I get this written, I get to head off to 203 where laundry awaits. Wheee…..