I’m already there. It has been a busy week.  The office still looks like a tornado hit it. Or, was it just a small grandson. Hmm… could be both.

Sunday was Mother’s Day.  Daniel and John wished me Happy Mum’s day. Stefan had called me the night before since he had work and wasn’t sure he’d have time to call.  I slept in a bit, then had to get up and start working on various projects. Laundry being the biggest. Does it ever end??? I came back upstairs and was going to cook some breakfast. That’s when I realized that there wasn’t a clean dish in sight. Nope! Not even going to do dishes on Mom’s day. So, I headed over to the office and started to dig it out. Ha! Dan needed to check out some stuff, and asked if I’d go with him. So, I packed up my book and off we went.

There is a tower nearby that we are thinking of buying for the business. While he was inspecting it, he saw a crow’s nest. Dan got some really good pictures of the babies. 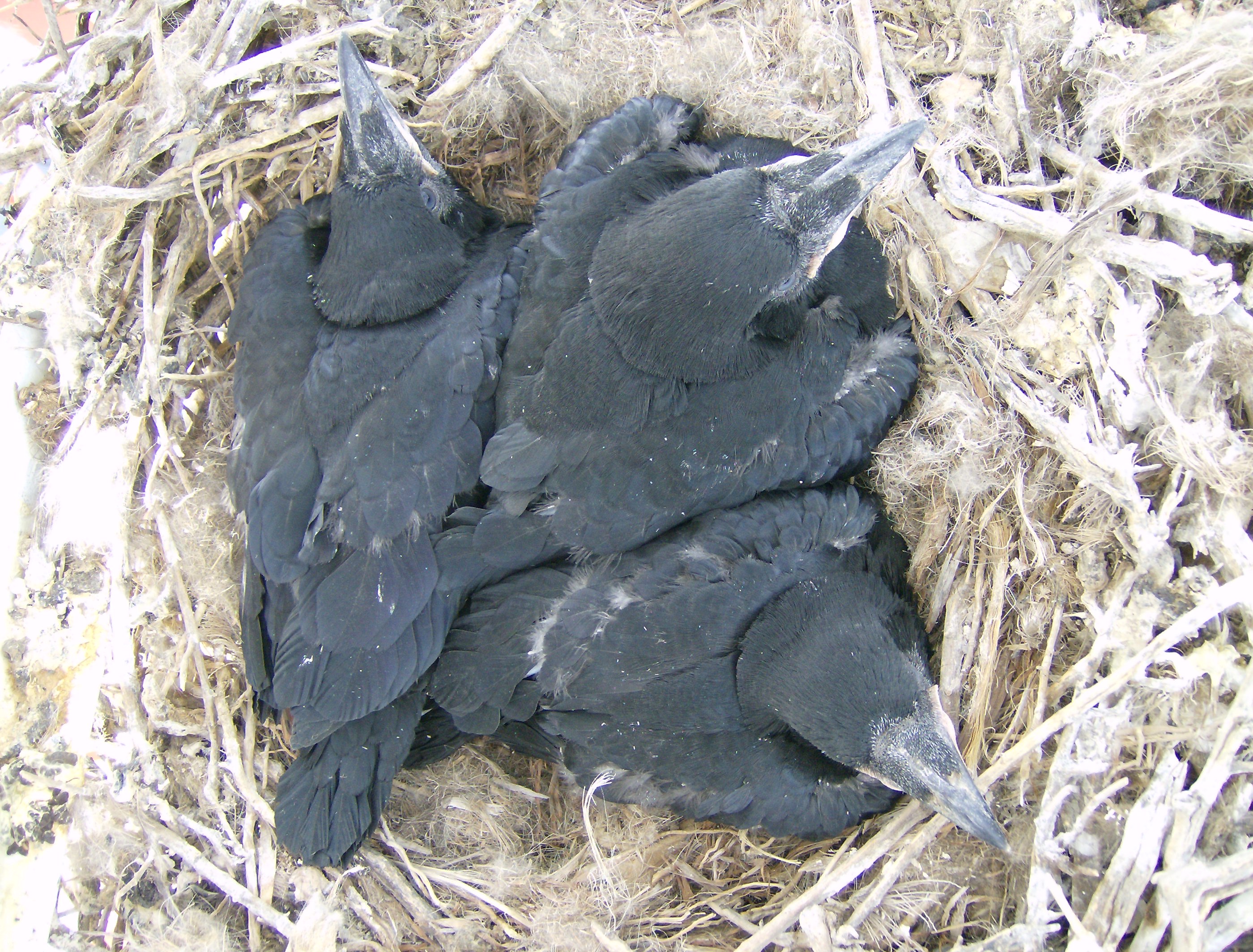 I made him promise them some worms if he goes out there again. They were so sure he was a big crow! At least I got a wee bit of time by myself. On the way back, we stopped by and visited my mom to see how the work was going. It was nearly done, but Jimmer and Bill still had the back porch floor to do.

Monday was one of those hazy days. I was doing stuff, but didn’t seem like I got anything done. I was suppose to have a meeting of the Stragic Planning committee, but there were only three of us. I chatted with Chuck and Maria and then headed home.

Tuesday was hell on wheels. We woke up to cold and damp weather that just got worse as the day went on.  I took the kids to school, showered, took my mom to Trinidad to catch the train, drove home and went straight to a meeting for the Celtic Music Festival in September. http://www.celticmusicfest.com/ Barbara Yule, the coordinator of the festival is trying to connect Huerfano County and Scotland through the common links of coal and mining for this year. I’m part of a group who are going to be telling stories and working the family histories of the area into the festival. I think it will be a lot of fun. I’ll probably work my arse off too, but that’s alright. I get to hear lots of good Celtic music.

I no sooner got back from that meeting than we were off to my mom’s to pick up her laundry, the roses she got for Mother’s day and the food out of her refrigerator.  Dan and I barely got stuff done when it was time t to head up to Gardner.  We found the weekly agenda for the school and discovered it was Academic Fair Night. Oh, and a school board meeting afterwards. Chuck wanted us to be there for support. The school board is messing around with his contract. grrrrrrr!

The Academic Fair was brilliant. We got to see all the kids work. Poetry, pottery, collages, all sorts of writing, wood work and more. The school board meeting was a bit of a write off. They tabled the section dealing with Chuck’s contract. Not a smart thing to do. Methinks heads will roll. On the way home, we could see that there was snow up on the mountains. It was very cold!

Afterwards, we dropped the kids home and Dan and I went to go check out some of the network equipment. When we got out of the car, we could see snowflakes in the headlights. Brrrrrr!!

We finally headed to bed around midnight, and I had to get up to put an extra blanket on the bed!

This morning started out fairly calm. I stepped out the door to the most beautiful sight! Snow on the Spanish Peaks! In May no less!

I got more pictures as I drove out to Badito. Daniel was outside waiting for me this morning, so I dropped him off and got to the office early. Dan was still asleep. Oh well… I got a cup of tea and started trying to make sense of my desk. hahahahaha!!! Foiled again! Carlos our business partner showed up, the phone rang off the wall and just as I tried again to work on the mess it was time to go to Pueblo.

We headed up for a new microwave, toner for Dan’s printer, a few groceries and car parts for my car. Managed everything except the car parts. They will be shipped to us as the parts dealer messed up the order and had to redo it. grrrr…..

We got back to Badito just in time to pick up the kids and head home. I made steak pot pie for dinner. Very good! Tomorrow the kids go to Pueblo for an all school roller skating party. 🙂 Wheee….